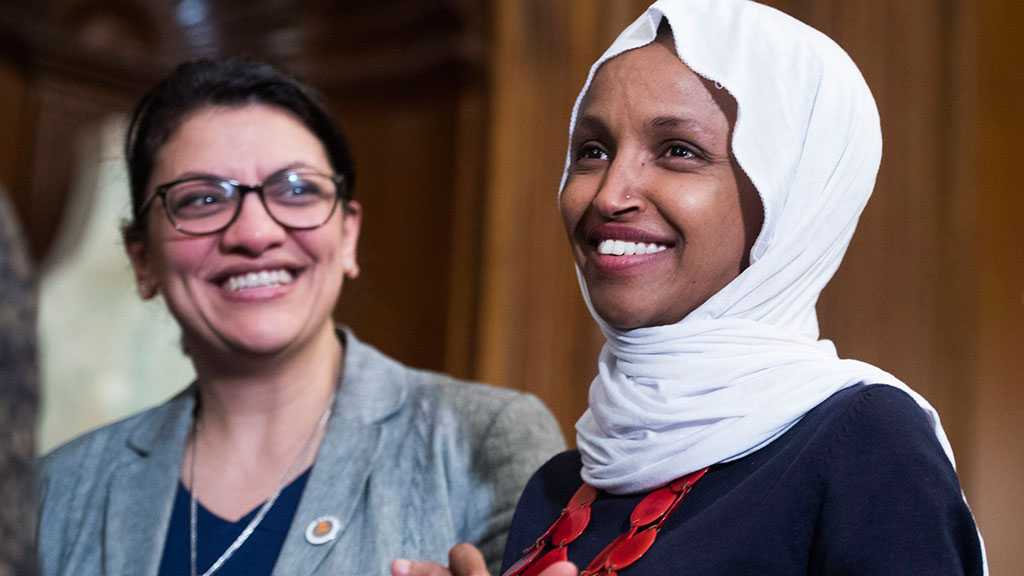 The Washington Post reported Thursday that the apartheid “Israeli” entity might ban the entrance of Democratic members of congresswomen Ilhan Omar and Rshida Tlaib.

Reps. Omar [D-Minn.] and Tlaib [D-Mich.] are known for their support for the Boycott, Divestment, Sanctions [BDS] movement against “Israel”, a fact which prompted “Israeli” Prime Minister Benjamin Netanyahu to consider denying their expected entry in the coming weekend, according to several congressional aides.

However, that idea has come under heavy private backlash from Democratic sources and US-based pro-“Israel” groups who warned against barring entry to the entity because of political beliefs, said the aiding sources, according to the report.

Therefore, it is unclear what will be Netanyahu's final decision.