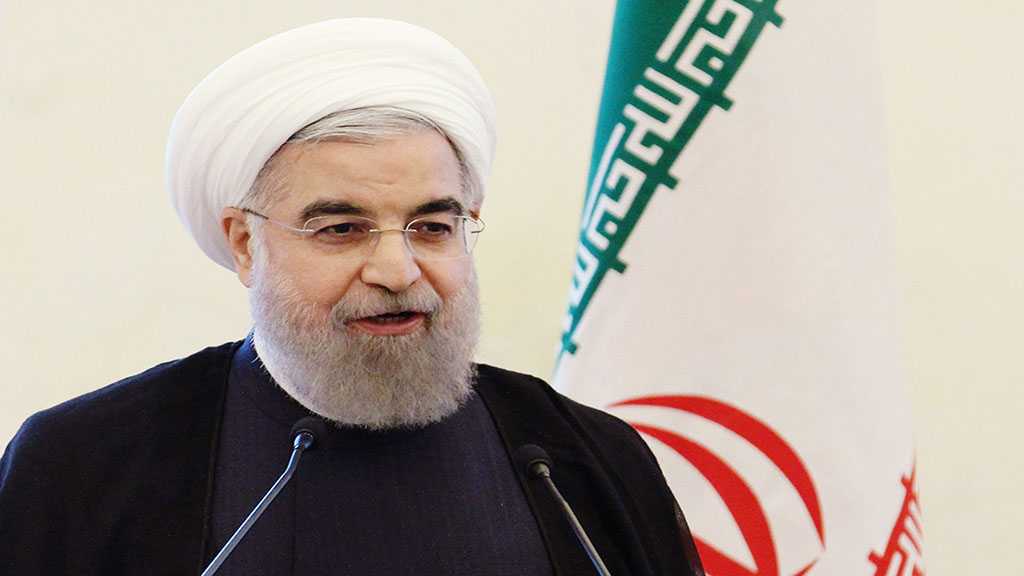 Iranian President Hassan Rouhani denounced the Zionist regime’s “absurd” push for contributing to regional security by involvement in an “impractical and useless” maritime coalition force the US plans to create in the Gulf.

In an address to a weekly cabinet session in Tehran on Wednesday, Rouhani said the Zionist regime’s claim that it is seeking a role in the regional security is absurd.

“The answer to such claims is clear: the ‘Israelis’ had better protect their own security where they exist if they can,” the Iranian president said, adding that the Zionist regime has brought about nothing but “insecurity, massacre and terror” wherever it has been present.

“The root cause of terrorism, war and massacre in the region is the Zionists and the usurping regime of ‘Israel’,” Rouhani deplored.

He further said that announcements of support for the new US-initiated coalition for the Gulf and Sea of Oman are impractical and fake.

Even if they were to materialize, the US-led coalition would be of no help to regional security, Rouhani said, underlining: “Together with the littoral states of this historical gulf, the Islamic Republic of Iran is prepared to protect the region’s security, as it has been doing throughout history.”

Rouhani reiterated that ensuring security and stability in the Gulf would not need any foreign forces, adding, “The regional countries can preserve their security with unity, solidarity and dialogue, and the US’ claims and measures will be undoubtedly of no benefit to them (Americans).”

Under a plan detailed on July 9, the US would provide coordinating ships and lead surveillance efforts while participants in the coalition patrolled nearby waters and escorted commercial vessels with their nation’s flags.

In remarks in 2016, Leader of the Islamic Revolution His Eminence Imam Sayyed Ali Khamenei underlined that security of the Gulf region comes within the purview of the regional countries alone, and dismissed the US claim of seeking security in the region.