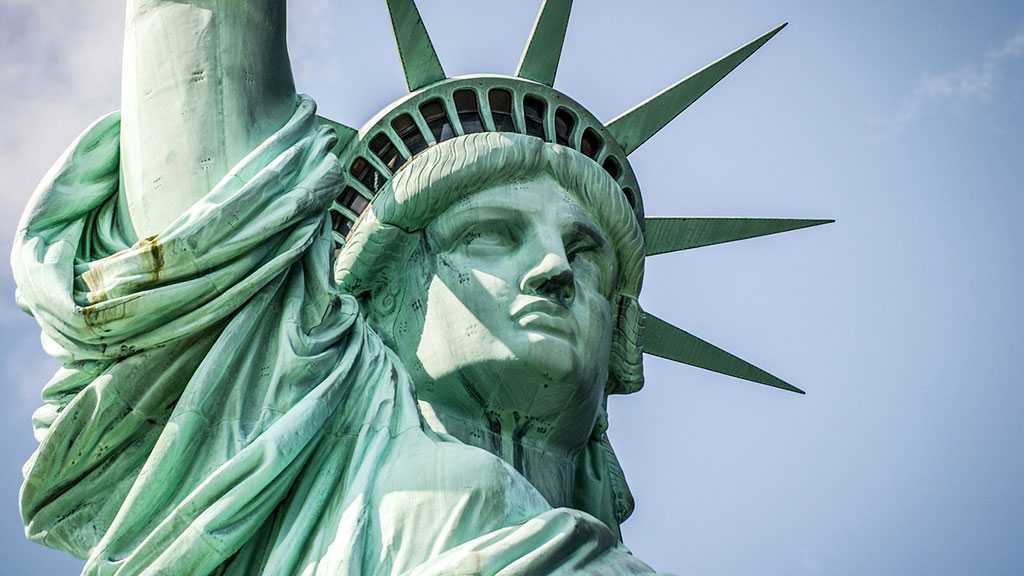 The acting director of US Citizenship and Immigration Services Ken Cuccinelli stirred Tuesday a political uproar after saying that the famous words engraved on the Statue of Liberty were meant for immigrants who can “stand on their own two feet.”

The remark came a day after the Trump administration announced a new rule that will reject green cards for immigrants who rely on government handouts such as Medicaid, food stamps, housing vouchers or other forms of public assistance.

In an interview to NPR, Cuccinelli was asked whether he believes that the words displayed on the Statue of Liberty, of Emma Lazarus’ iconic poem “The New Colossus,” ring true to the American ethos.
"They certainly are," Cuccinelli said. "Give me your tired and your poor who can stand on their own two feet and who will not become a public charge."

Democrats and immigrant proponents decried the Trump official’s comments, reportedly criticizing it as favoring wealthy immigrants over poor and less-able ones from Africa and Latin America.

US media outlets reported that the Trump administration's new "public charge" rule of denying green cards from welfare-reliant immigrants can restrict immigration for foreigners who are determined to be burdens on the American taxpayers.

Later Tuesday, Cuccinelli was also interviewed on CNN, saying that Lazarus’ poem referred to “people coming from Europe where they had class based societies where people were considered wretched if they weren’t in the right class.”

US President Donald Trump who was asked Tuesday about the affair, told reporters before boarding Air Force One, “I don’t think it’s fair to have the American taxpayer paying for people to come into the United States. I think we’re doing it right.”