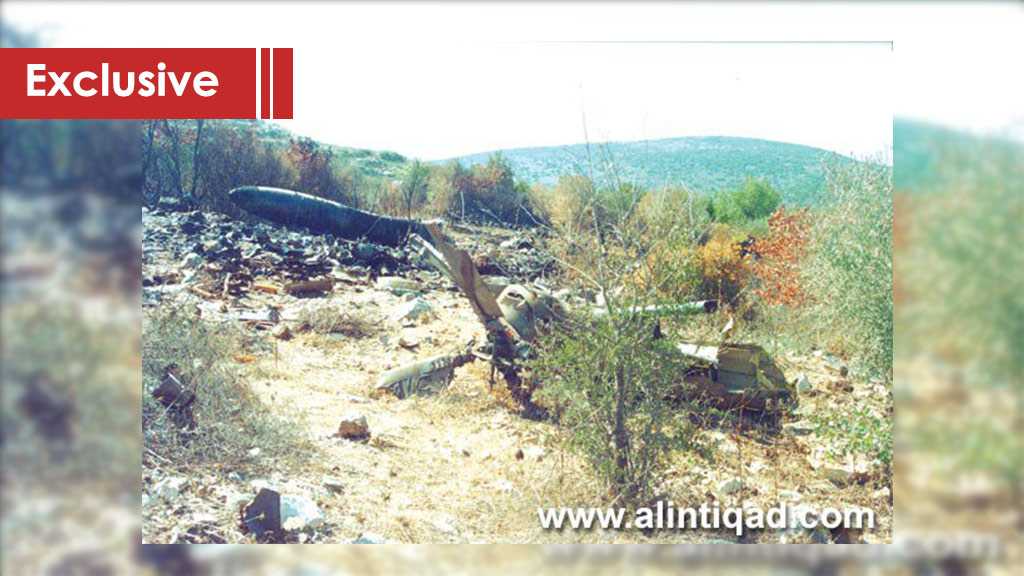 A few years have passed since the Second Lebanon War ended. And now a field officer with the Islamic Resistance, named Mahdi, takes us back to those days. He along with his comrades carried out a heroic operation in the Maryamin Valley in Yater, when “Israeli” soldiers tried to advance and capture the town along with the surrounding hills. This is a highly strategic area and would have given the “Israelis” a vantage point over much of the southern coastline.

In the final days of the aggression, the enemy's leadership launched a ground operation in a last-ditch effort to reach the Litani River. The maneuver followed a series of extensive failures to achieve any of their stated objectives in the war and repeated troop deployments into battle.

The enemy charted a course for their advance and planned to infiltrate the towns of Kafra and Yater. But it failed to reach these two towns after blows it was dealt in the Wadi al-Uyun area when it attempted to infiltrate the resistance lines to reach Srobbine and Beit Leif. It decided to reach them via the air through landings in large transport helicopters, thinking that the air would be safe.

Hajj Mahdi remembers the roar of the planes on the last Saturday of the aggression.

"We were deploying in the region as we knew that the enemy might resort to a new option in the confrontation, especially after failing to infiltrate the border in previous times, and after the defeats it suffered in Khyam and Wadi al-Hujayr," Hajj Mahdi said.

The enemy violently shelled Yater on Saturday, August 12, and targeted a number of hills overlooking a geographical spot that the resistance perceived as a possible area for an airborne landing. The helicopters started landing soldiers on the site. The Chinook, or what the enemy called the Yas’ur was participating in the operation over the Maryamin Hill. A Mujahid from the air defense of the Islamic Resistance targeted it with a new missile the resistance called Waad [Promise]. The missile delivered a direct hit, causing the target to ignite, sending debris scattering through the sky. Then it fell to the ground with everyone on board.

Following the strike, terror spread within the ranks of the soldiers. Their leadership halted their operations, which had already taken effect. The leadership knew that the resistance was onto their plan.

“We were positioned at the site of the crash and the resistance groups peppered the area with a barrage of rocket-propelled grenades and artillery. Fierce clashes with the Zionist soldiers who were on the ground ensued. Four hours after the operation, those soldiers attempted to pull the corpses and body parts of those on board, but to no avail,” Mahdi adds.

The enemy was concerned with pulling out the remains of their soldiers and evacuating the area where they had tasted hell thanks the resistance fighters. Thus, the enemy stopped the attack towards Yatar and its surroundings. With the end of the war on August 14, the Resistance gave the enemy 48 hours to retrieve the remains of their dead from the scene as well as other points where “Israeli” soldiers had been killed. As the deadline expired, the resistance fighters headed back to the crash site.

"I counted the place of 15 “Israeli” bodies in the vicinity of the wreckage. The body parts of one of the soldiers were still on one of the seats. It was also clear from the movement of some insects that there were body parts that the enemy deliberately buried in the soil. We extracted them and collected the equipment they left behind. Among the things we found was a military card of a Zionist soldier named Rose Abraham Mashih," Hajj Mahdi says.

However, a quick search through the names of the dead the enemy admitted to, shows no Rose. Thus, this posed several questions.

"Is the name on the card a fictitious name and comes in the context of a precautionary measure adopted by the enemy so as not to reveal the true identity of its soldiers if captured or killed? Or did the enemy conceal the extent of its losses in that operation and did not give a real death toll, including Rose Mashih? Or did the body of Rose scatter when the missile struck the helicopter and the enemy did not find the truth about her fate until this day and did not announce her death because it did not attain her body?" Mahdi wonders.

"The last time we collected their body parts with burlap bags and sent them. But next time the enemy thinks of launching a war, the bags will not be enough," Mahdi says as he returned the card to the same place he found it 13 years ago.

With a quick smile he continues, "The enemy did not have any superiority in the July 2006 aggression. It was characterized by failure and disappointment. How I wish they have continued the war and not stop it when the Maryamin aircraft was shot down.”

Read the original story in Arabic