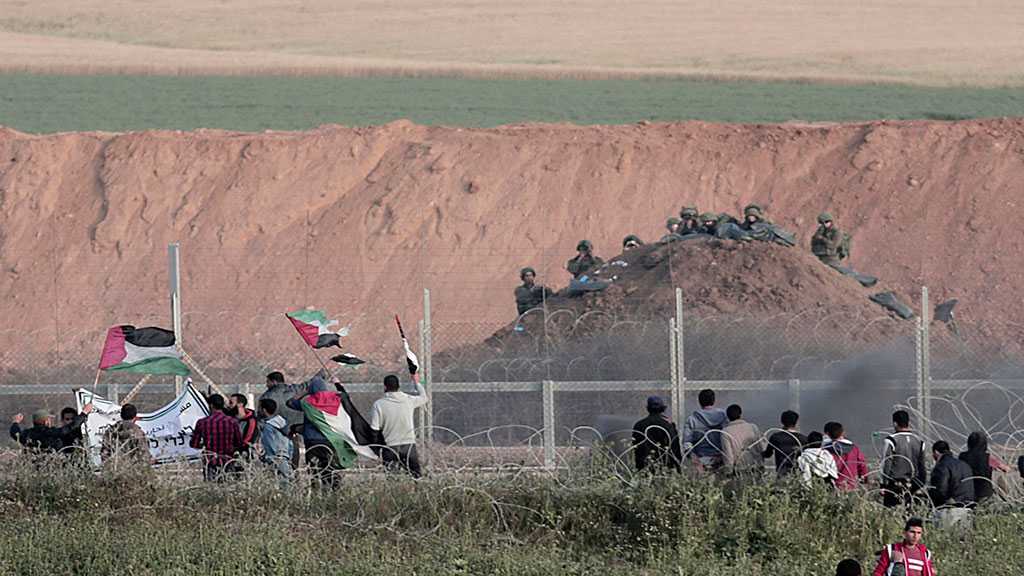 Ma'an news agency said the Palestinians lost their lives in confrontations with the Zionist army east of the Gaza city of Deir al-Balah early on Saturday.

The Zionist military claimed that the Palestinian victims had been "armed with AK-47 assault rifles, RPG grenade launchers & grenades—one of which was thrown."

One of the Palestinian men, it added, had crossed the Gaza fence and fired at ‘Israeli’ troops.

It also noted that ‘Israeli’ lookout troops had already spotted the Palestinians approaching the Gaza fence and alerted soldiers stationed nearby.

The enemy’s troops regularly open fatal fire on Palestinians, accusing them of seeking to attack them. Human rights groups have repeatedly slammed the Tel Aviv regime for its shoot-to-kill policy.

Gaza has been under a crippling land, air and sea blockade by the Zionist enemy since 2007 and witnessed three wars since 2008.

The coastal enclave has also witnessed deadly tensions since March 30, 2018 which marked the start of the Great March of Return protests, with participants demanding the right to return for the Palestinians driven out of their homeland.