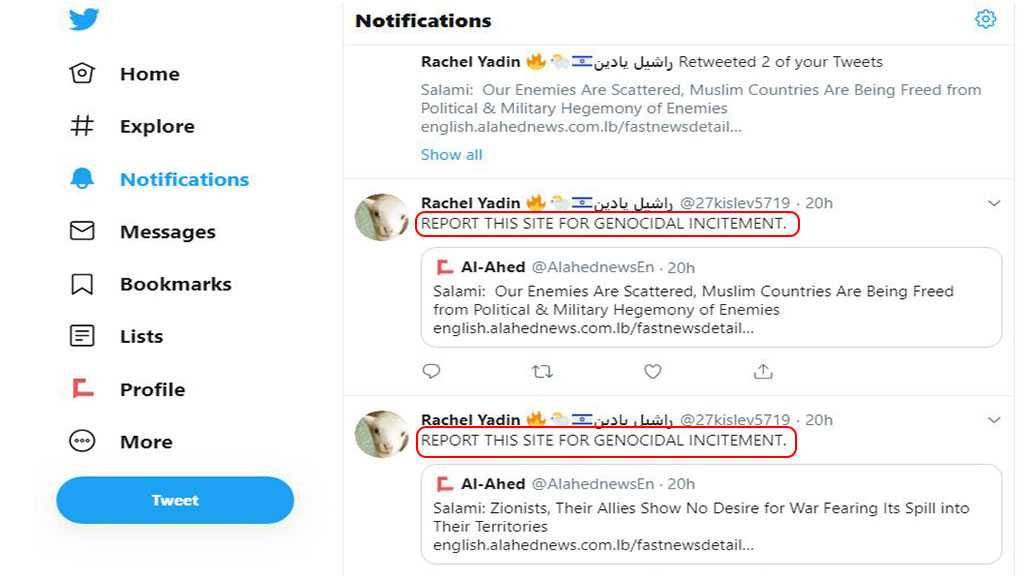 A Zionist Twitter account based in the ‘Israeli’-occupied territories reported on al-Ahed News website’s account after, normally, doing our principal job in covering news and breaking news from all over the world.

The tweets didn’t comply with the mentioned caption. They only read Salami’s stances as the following:

“Our enemies are scattered, Muslims countries are being freed from political and military hegemony of enemies.”

“Zionists and their allies show no desire for war fearing its spill into their territories.”

It is worth noting that Facebook has been suspending al-Ahed News Arabic, English, French and Spanish pages for innumerable times.