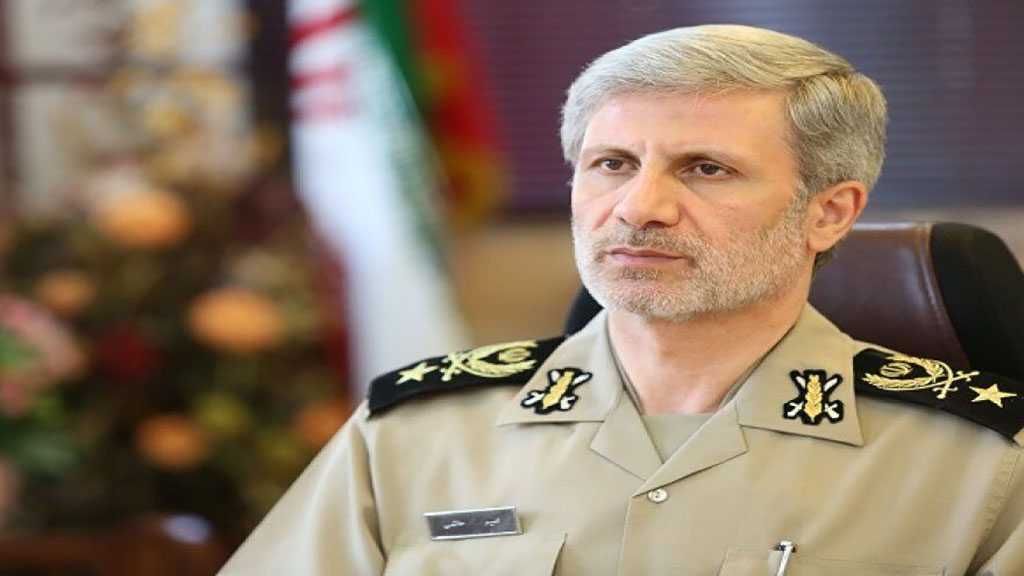 Iranian Defense Minister Brigadier General Amir Hatami said a United States-proposed coalition, which Washington purports would seek to beef up maritime security in the Strait of Hormuz, will foment insecurity in the region.

Such a coalition "will only increase regional insecurity," Hatami told his Kuwaiti, Qatari, and Omani counterparts during separate telephone conversations on Thursday, IRNA reported.

Hatami added that regional security could only be provided by regional countries, noting that foreign presence here would have insecurity and instability as its only concomitants.

Hatami, meanwhile, described the US as "the main factor behind insecurity in the region," and stated, "We are of the opinion that all regional countries are entitled to security. We denounce insecurity in any single one of these countries or [its use] against one of them as unacceptable."

"We believe the region should not turn into a place for extra-regional elements to rampage,” he added.

The US has announced plans to form a Washington-led force amid its attempts to trouble Iran’s foreign oil sales as part of its sanctions targeting the Islamic Republic.

On June 30, the US officially asked Germany to participate — alongside Britain and France — in the coalition, a request that was declined by German Foreign Minister Heiko Maas a day later.

Japan has likewise refused to join the force, and France has expressed reservations. Earlier in August, Bloomberg also reported that the US efforts to build the coalition “continue to bear little fruit,” noting that major ally Australia was still undecided whether to join.

"Therefore, we believe that security [of the region] must be provided by regional countries and countries in the region must enter into constructive talks in this regard," the Iranian defense minister said.

The meeting that led to the MoU's signing came following a chain of naval accidents in the region’s waters.