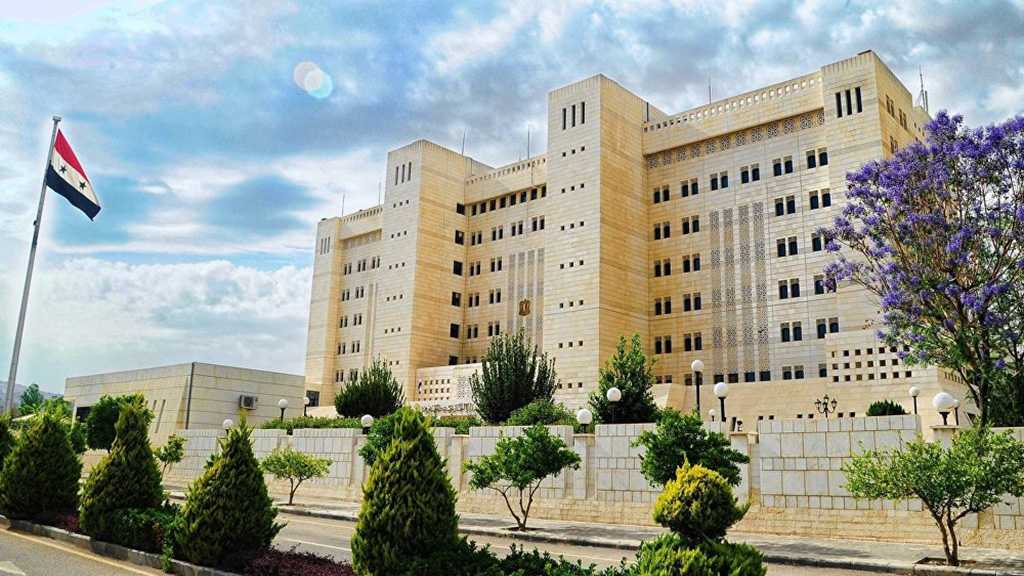 A source at the Syrian Foreign Ministry said that Syria categorically rejects the agreement announced by the US and Turkish occupations on the so-called “Safe Zone” which constitutes a flagrant attack  against Syria’s sovereignty and territorial integrity and a blatant violation of the principles of the international law and the UN Charter.

The source added that this agreement has very clearly exposed the US-Turkish partnership in the aggression against Syria which serves the interest of the Israeli occupation entity and the Turkish expansionist ambitions and it unequivocally exposed the misleading and evasiveness which govern the policies of the Turkish regime.

Furthermore, the source said that the Syrian people and their heroic army who have sacrificed for defending Syria in the face of the Takfiri terrorist groups and their backers, are more determined to sacrifice in everything to preserve the safety and territorial integrity of their homeland.

“Syria calls on international community and the UN to condemn US-Turkish flagrant aggression which constitutes a dangerous escalation and poses a threat to peace and security in the region and the world and hinders all positive efforts for solving crisis in Syria,” the source added.