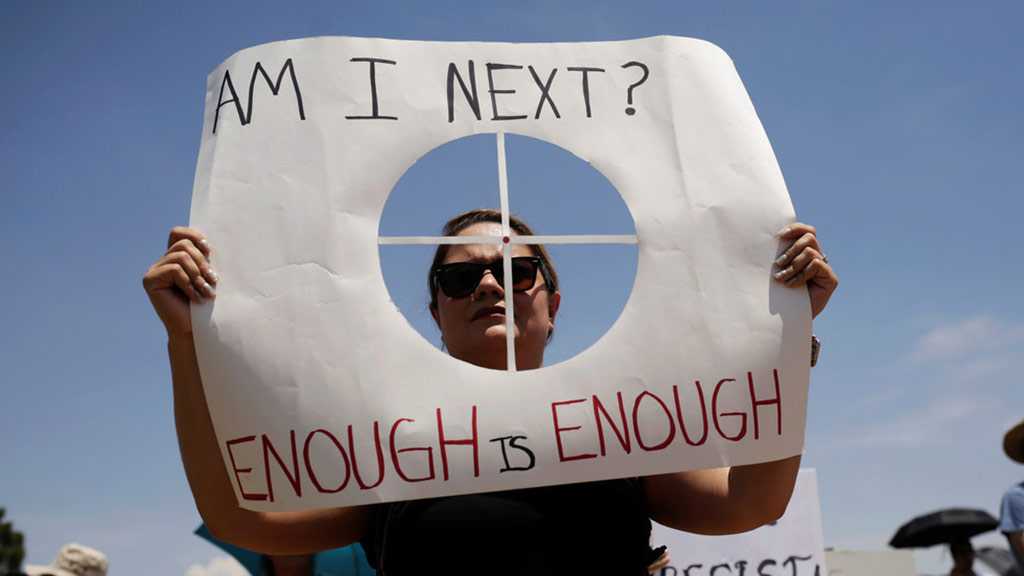 Amnesty International has dived headlong into the US gun control debate, urging travelers to be cautious amid a “human rights crisis” they blame on “ubiquity of firearms” and government reluctance to confiscate them.

Visitors to the US “cannot reasonably expect to be free from harm,” Amnesty International USA’s Ernest Coverson said in a statement on Wednesday, advising people that “the country does not adequately protect people’s right to be safe.”

“A guarantee of not being shot is impossible.”

The group specifically warned racial and ethnic minorities among others to be on their toes due to “recent attacks linked to white supremacist ideology” – though only one of the weekend’s mass shootings was ‘linked’ to white supremacy through his manifesto, and the other shooter’s allegedly far-left leanings were not mentioned anywhere in Amnesty’s alarming message.

Those travelers who brave the gun-fetishists the group claims are terrorizing the American streets were advised to “be extra vigilant at all times and be wary of the ubiquity of firearms among the population.” They were also warned to keep away from “places where large numbers of people gather” – i.e. all tourist attractions – as well as bars, nightclubs, and casinos.

Accusing the US of “prioritizing gun ownership over basic human rights,” the group shamed the US government for “ignoring its international obligations to protect people’s rights and safety” – a curious argument to make given that the US is not exactly famous for honoring international agreements and respecting obligations.

The ‘unprecedented’ travel warning was accompanied by a familiar list of “common sense reforms” including strict background checks, a national firearm registry, and a ban on high capacity magazines and assault weapons, plus a plea to pass gun control legislation – some of which already exists at the state level – federally.

Many on social media resented Amnesty’s decision to frame the US’ “rampant gun violence” as a “human rights crisis,” wading into what they saw as a domestic issue. Some highlighted a dramatic decline in violent crime rates over the past 20 years, while others pointed out that “we have laws against murder. How effective has that been?”

Still others reminded Amnesty that the US was responsible for much worse human rights crises than a few mass shootings and wondered “when do international entities step in to force the US to stop its cruel, inhumane practices? when do other nations sanction us?”

Amnesty’s statement comes on the heels of similar warnings from the foreign ministries of Uruguay and Venezuela and the Japanese Consul in Detroit, all of which issued traveler alerts following two deadly mass shootings in El Paso, Texas and Dayton, Ohio over the weekend that killed a total of 31 people.