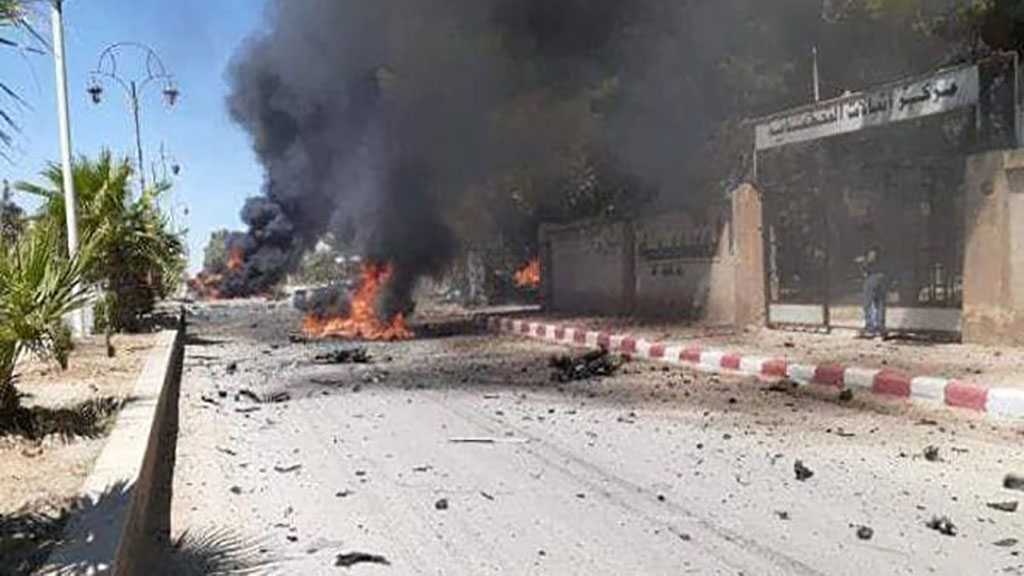 A number of civilians were martyred in an explosion of a car bomb in the center of the Syrian al-Qahtanyia town in Hasaka northern countryside.

In further details, terrorists detonated a car bomb that was parked near a telecommunication center in al-Qahtanyia town, about 30 km to the east of al-Qamishli City as a number of people were martyred including three children, in addition to causing material damage and destruction to one of the sides of the center’s building, SANA reported.

Earlier on August 4th, 4 persons including a child got injured in two terrorist bombings with two motorcycles in the neighborhoods of al-Mushairfa and al-Nashwa al-Gharbyia in al-Hasaka City.