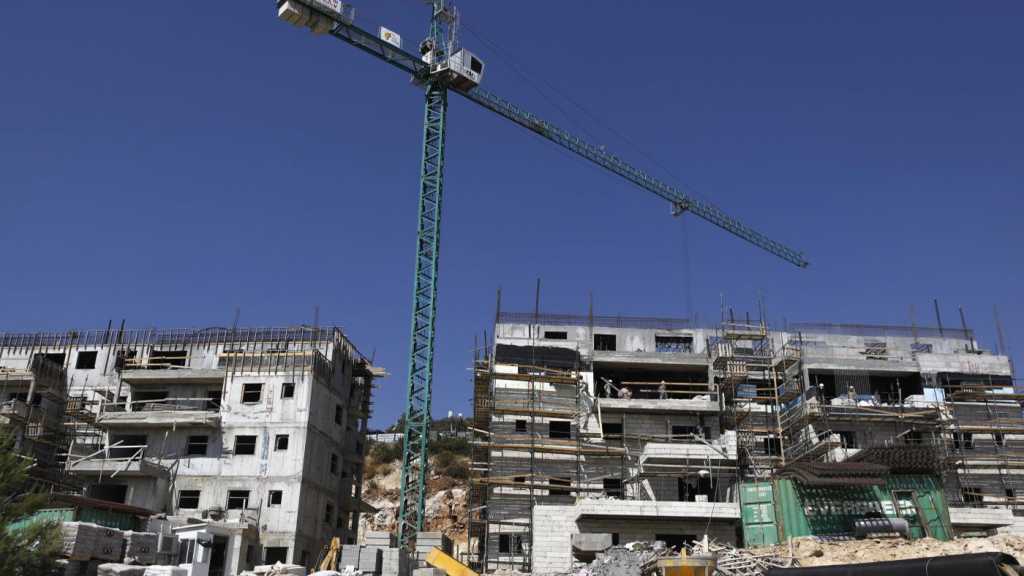 Seventy percent of the units, according to the left-wing groups, are for settlements considered to be isolated, located outside the route of the security barrier.

At one time the “Israeli” entity and the US had made a distinction between isolated settlements and settlement blocs. Isolated settlements were believed to be vulnerable to withdrawal in any future final-status agreement with the Palestinians. “Israel” in the past held that settlements blocs would be part of its final sovereign borders.

Under the Trump administration and the current “Israeli” government, no distinction is made between settlements on either side of the barrier. Earlier this week “Israeli” Prime Minister Benjamin Netanyahu visited the Efrat settlement and stated his oft-repeated slogan: no settler or settlement will be uprooted on his watch.

Among the more significant projects are almost 300 units for the small, isolated ultra-Orthodox settlement of Asfar, which is located in the Gush Etzion region. About 200 of the units that were deposited are for property within the settlement itself. In addition, the council legalized the adjacent Ibei Hanahal outpost as a new neighborhood of the settlement, approving in the process 96 new units.

The Gush Etzion Regional Council sent out a congratulatory statement, noting that the approvals were proof that settlement development was a key part of the Netanyahu government’s agenda.

Regional council head Shlomo Ne’eman congratulated Netanyahu on the impressive achievement and said he hoped such development would continue. Ne’eman noted the Asfar construction in particular, which he said would more than triple the size of the small community. Its population is close to 700, according to 2016 Central Bureau of Statistics data.

“The approval of settlement plans is part of a disastrous government policy designed to prevent the possibility of peace and a two-state solution, and to annex part or all of the West Bank.”

It noted in particular the council’s approval of the Haroeh Haivri outpost as an educational institute with plans for 24 units. Built in 2015, it is located near the illegal Bedouin herding village of Khan al-Ahmar, which the government wants to evacuate.

The council also authorized the Givat Salit outpost with plans for 94 homes, but held off on approving the Brosh outpost. It also delayed the approval of 207 homes in the Har Bracha settlement.

Pompeo: Isolating Iran and pressuring it to the maximum will continue through diplomacy
US Secretary of State Mike Pompeo: Washington is ready for dialogue with Iran at any time, but Tehran must fundamentally change its behavior