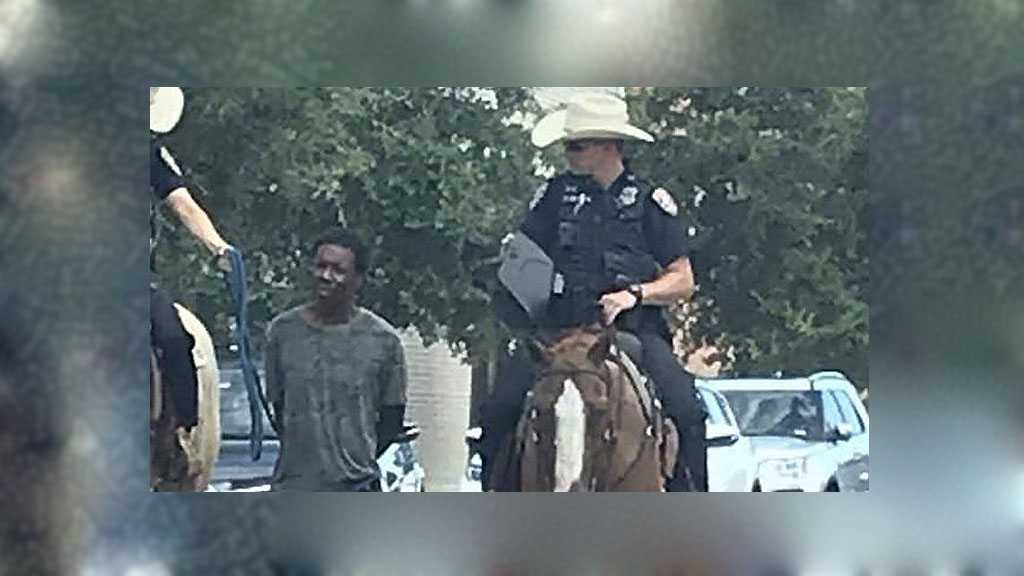 Outrage erupted across the United States after a photo of two white police officers mounted on horseback walking a handcuffed black man by a rope - recalling the long history of violence, slavery and racism against African Americans during the era of segregation - went viral.

Vernon Hale, the police chief of the US city of Galveston in the state of Texas, issued an apology following the incident, but his statement drew more criticism for being "weak".

Hale said the black man in the photo, Donald Neely, who was arrested on Saturday for trespassing, should have been taken to the station in a police car, instead of horse-mounted officers.

Neely was then escorted on foot, led by a length of rope and flanked by the two police.

"Although this is a trained technique and best practice in some scenarios, I believe our officers showed poor judgement in this instance," said Hale, in a statement published on Monday on Facebook.

"First and foremost I must apologize to Mister Neely for this unnecessary embarrassment," Hale said, adding that policy had been changed so that the technique would no longer be used.

Neely is free on bond. He has no listed telephone number and could not be reached for comment.

Hale told The Galveston County Daily News that he regularly talks to his officers about how their actions affect people's perception of the department.

We have verified with law enforcement officials in Galveston, that the photograph taken in Galveston is real. It is hard to understand why these officers felt this young man required a leash, as he was handcuffed and walking between two mounted officers.

Hale's statement, however, sparked frustration, with some activist groups saying his response was "weak" and "inadequate".