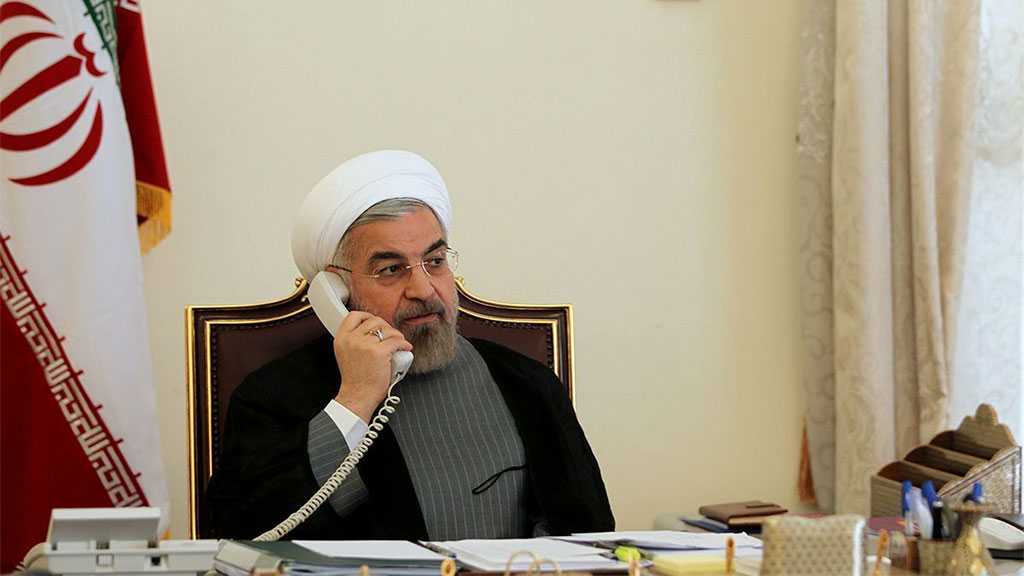 Iranian President Hassan Rouhani said that a restoration of banking and oil industry cooperation is what Tehran expects as minimums under a major international nuclear agreement which has suffered as a result of US sanctions.

Speaking on the phone with his French counterpart Emmanuel Macron on Tuesday, Rouhani said Iran was committed to efforts in Europe and elsewhere to save the Joint Comprehensive Plan of Action [JCPOA], a deal signed on Iran’s nuclear program in 2015 which began to unravel when the US pulled out of the agreement in May last year.

Rouhani said, however, that Iran reduced its commitments under the JCPOA to persuade other parties to the deal to observe their own obligations so that Iran could enjoy the promised benefits.

He further noted that Iran was open to new proposals for finding a solution on the current situation of the JCPOA, adding, however, that Tehran views a restored interaction with the world on banking issues and oil exports as the “most fundamental” of its economic rights.

Rouhani also touched upon a recent escalation in the Gulf region where the United States is seeking to form a military coalition to allegedly police the Strait of Hormuz, saying the move was a clear provocation at a time when countries like Iran and France were doing their utmost to deescalate the situation.

“We insist on security and freedom of shipping in the region and in the Strait of Hormuz,” said Rouhani, adding, “Tens of ships are freely navigating [in the waterway] every day and Iranian forces are carrying out their supervisions based on the regulations.”

For his part, Macron reiterated France’s commitments to stand by the JCPOA and to try to find a solution that could both benefit Iran and be accepted by all sides to the deal.

Emphasizing the need for more cooperation between Paris and Tehran on various issues, Macron also welcomed Rouhani’s proposal for formation of a panel of experts from Iran and France to find solutions for regional and international disputes.