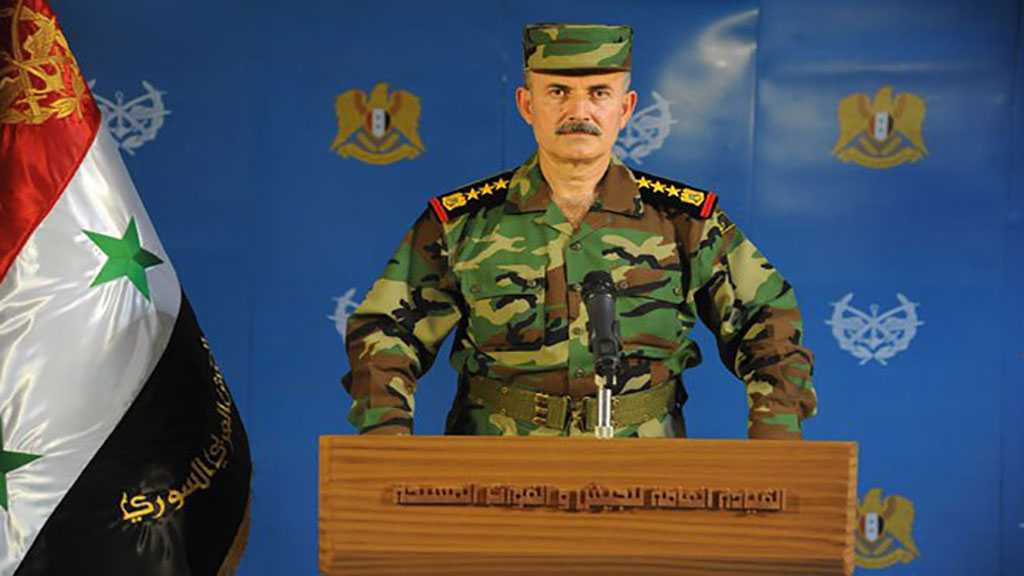 General Command of the Syrian Army and Armed Forces said that terrorist groups in the de-escalation zone in Idlib refused to abide by the ceasefire and carried out attacks against civilians in nearby areas.

In a statement on Monday, the General Command said that despite the Syrian Arab Army’s agreement to the ceasefire in the de-escalation zone in Idlib on August 1st, terrorist groups supported by Turkey refused to abide by the ceasefire and carried out several attacks against civilians in nearby areas.

The statement said that the Turkish regime’s persistence in allowing their terrorist pawns in Idlib to carry out their attacks proves that Ankara is maintaining its destructive approach and is ignoring its commitments as per the Sochi agreement on Idlib, which has led terrorists to reinforce their positions and led the threat of terrorism to spread across Syria.

The statement said that since the agreement to the ceasefire has been conditional to Ankara fulfilling its obligations as per the Sochi agreement, and as this hasn’t happened despite the efforts exerted by Syria in this regard, the Army and Armed Forces will resume combat operations against terrorist groups regardless of their nomenclature, and will retaliate in fulfillment of the army’s constitutional duty of protecting the Syrian people.