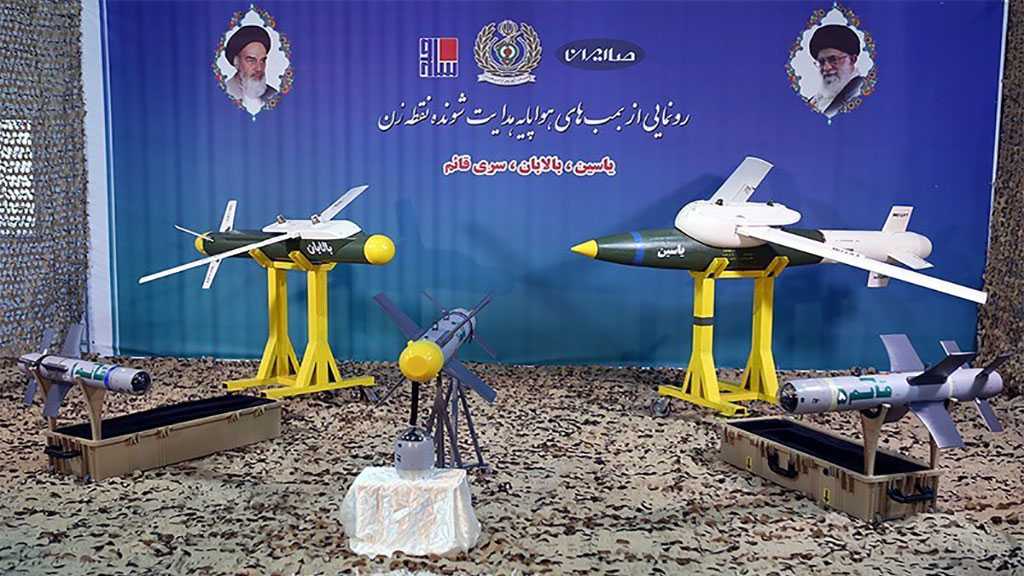 The Iranian Armed Forces unveiled three advanced precision-guided smart bombs, as the Islamic Republic moves to strengthen its defenses in the face of foreign threats.

The domestically-manufactured bombs named “Yasin,” “Balaban” and a new series of the Ghaem missiles were unveiled during a ceremony on Tuesday in the presence of Iranian Defense Minister Brigadier General Amir Hatami.

Speaking at the event, Hatami said “Balaban” has folding wings designed to increase its range. It is guided by GPS and sensors and could be mounted under aircraft.

Hatami described Yasin as a long-range smart, guided bomb that can be fired from a range of 50 kilometers its target from manned or unmanned aircraft.

Ghaem is also a missile meant for precision strikes and could hit within 50 centimeters of a target, Hatami added.

This type, he noted, is equipped with different visible, thermal and cylindrical seekers and can be installed on various drone, helicopters and fighter jets to annihilate their targets.

The Iranian minister further said the latest defense achievements are yet another manifestation of Iran’s power and “showed that the Defense Ministry will never hesitate to defend the Islamic Republic and boost security despite the malice and conspiracies hatched by the Great Satan, America.”

The Islamic Republic stresses that its military power is solely for defensive purposes and does not pose any threat to other countries.