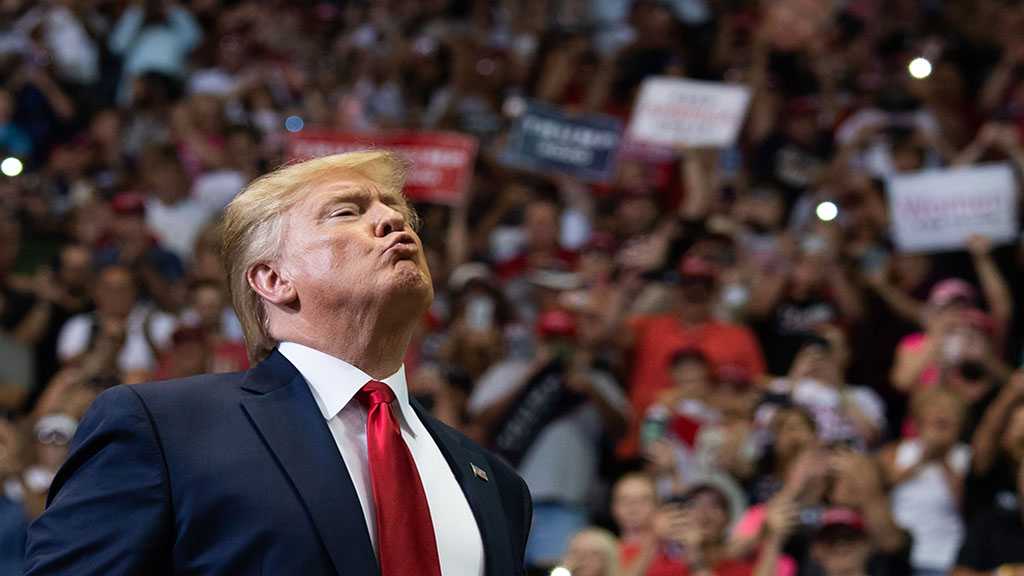 US President Donald Trump has once again warned that American troops could win the Afghan war within days by killing millions across the conflict-ridden country.

Trump made the warning on Friday as he hailed the “progress” made in peace talks between his administration and the Taliban militant group.

“We’ve made a lot of progress. We’re talking,” Trump told reporters at the White House.

He further claimed that US forces, bogged down in the country for nearly two decades, “could win Afghanistan in two days or three days or four days, but I’m not looking to kill 10 million people.”

In a similar comment in July, Trump spoke about 10 million casualties but this time he specified that no nuclear weapons would be involved, saying, “I’m talking conventional.”

The United States and its allies invaded Afghanistan in October 2001, shortly after the September 11 attacks on New York and Washington.  While the invasion ended the Taliban’s rule in the country, it has failed to eliminate the militant group. Daesh [the Arabic acronym for terrorist ‘ISIS/ISIL’ group] has also emerged in the Asian country more recently.

The US has been attempting to negotiate an alleged peace deal with the Taliban militant group, which now controls or influences about half of Afghanistan's territory.

The Afghan government is left out of the talks between the Taliban and the US. The Taliban say they don’t recognize the Kabul government and that they will not hold talks with it unless all foreign forces exit the country.

Meanwhile, about 20,000 foreign troops, mostly Americans, are based in Afghanistan.

Washington representatives and those of the Taliban are soon expected to begin their eighth round of talks in the Qatari capital of Doha to reach an agreement on ending the Afghan war, with the US saying it wants to see a deal inked by September 1.

According to a UN report released this week, at least 1,366 civilians were killed and another 2,446 wounded during the first six months of 2019 as a result of the conflict in Afghanistan.