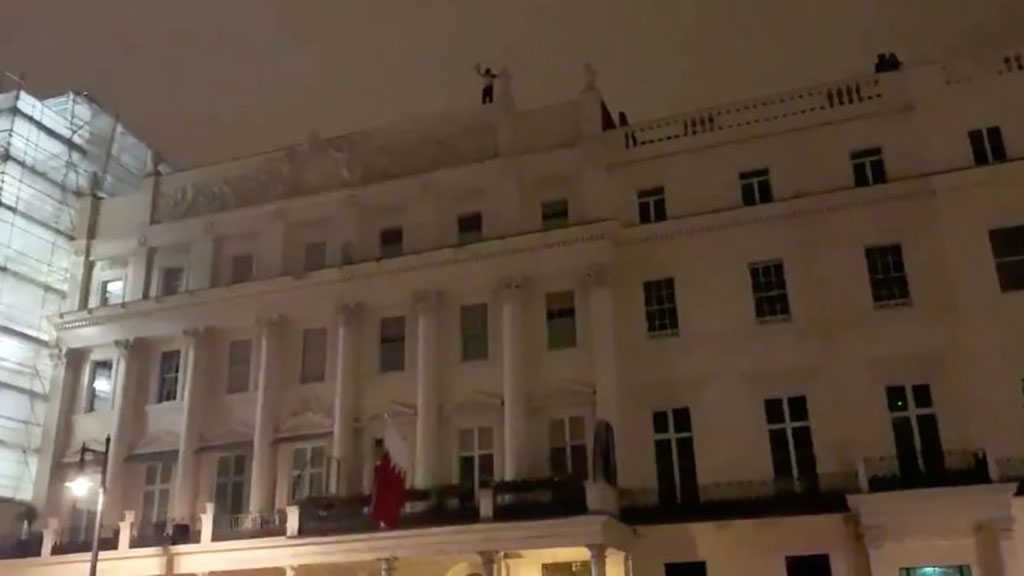 By Maryam Al-Khawaja and Iyad El-Baghdadi

On July 25, after instructions from Attorney General William P. Barr, the US federal government ordered the death penalty to be reinstated for the first time in nearly two decades. The move is popular among President Trump’s base — and Trump has repeatedly expressed support for capital punishment. The first executions are scheduled for December.

The next morning, activists in Bahrain started spreading the word that authorities were about to carry out executions of political dissidents. That this news emerged just after the announcement from the United States might seem like a coincidence. Yet such connections are rarely random in the world of international politics.

The families of two young men on death row were summoned for surprise visits. Pro-government social media accounts reported that the monarch of Bahrain had signed off on execution orders. This was reminiscent of events preceding the executions of Sami Mushaima, Ali al-Singace and Abbas al-Samea, three torture victims who were executed in 2017.

Soon sources were reporting that security forces had appeared at the graveyard, ordering two graves to be dug. It became clear that the regime was about to kill again.

The two men, Ali al-Arab, 25, and Ahmad al-Malali, 24, received death sentences in a mass trial held in early 2018. They — and almost everyone imprisoned on political charges in Bahrain — were severely tortured ahead of their sentencing and coerced into signing confessions.

Details of the torture were reported by local activists, and Amnesty International has confirmed the following details: Ali al-Arab was ordered to kiss the boot of the officer who arrested him, and when he refused, he was severely beaten. He was blindfolded and tortured by electric shock; his nails were pulled out and he was forced to sign a confession. Meanwhile, Ahmad al-Malali was shot twice before his arrest, and the bullets were left in his body for 23 days before they were extracted. He was held incommunicado for a month during which he, too, was tortured into signing a confession.

Bahrain, it should be noted, is a close ally of the United States and Britain.

Several human rights organizations have documented instances of systematic torture to force detainees to sign confessions, which are then used as the main pieces of “evidence.” In the words of a 2014 Human Rights Watch report: “Bahrain’s problem is not a dysfunctional justice system, but rather a highly functional injustice system.”

Upon receiving warnings that the executions last week were imminent, human rights activists across the world tried to raise the alarm. In London, Bahraini activist Musa Akrawi even scaled the roof of the Bahraini embassy, threatening to jump if the executions weren’t stopped; he was arrested by British police.

The United Nations’ special rapporteur on extrajudicial killings, Agnes Callamard, issued a statement: “I remind Bahrain that the only thing that distinguishes capital punishment from an arbitrary execution is full respect for the most stringent due process and fair trial guarantees.” Callamard recently submitted to the UN Human Rights Council a report on the murder of Jamal Khashoggi.

Despite all of these efforts, Bahraini authorities carried out the executions Saturday morning. Responding to the outcry from human rights organizations, Bahrain’s embassy in Washington issued a statement justifying the executions, in which the opening line cited the death penalty in the United States. When the U.S. federal government brings back the death penalty, it sends a message of permission that dictators hear loud and clear.

We are opposed to the death penalty; not everyone agrees. Yet all people of conscience should be able to agree that torture victims should never be executed based upon confessions extracted by whips, lashes and electric cattle prods. Especially in countries such as Bahrain, where the judiciary is politicized, torture is rampant and forced confessions are routine.

The two countries that would be most likely to affect Bahrain’s behavior are its closest Western allies, the United States and Britain. Tragically, though, these two governments — democracies that claim to uphold human rights — remained conspicuously silent.

In fact, the situation is even worse than that. Washington and London actively enable the bad behavior of governments such as Bahrain’s. When a government commits a crime but is allowed to continue business as usual with the international community, this encourages others to do the same. If Saudi Arabia can murder a journalist without repercussions, why can’t Bahrain execute torture victims? When the United States lifts a moratorium on federal executions, dictatorial regimes view that as a green light to kill dissidents.

It should go without saying: Without international accountability, there is no incentive for abusive governments to stop human rights violations. Without respect for fundamental rights and freedoms, there is no long-term stability or security.

That is a long list — and in many cases, execution orders await only the king’s signature. It’s too late for Ali and Ahmad. But something can be done for the others.