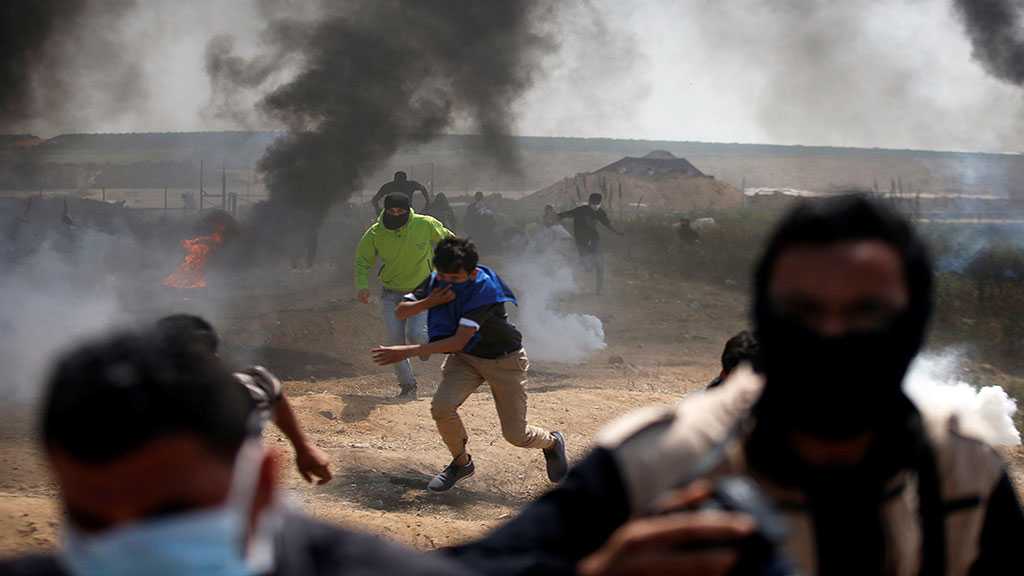 ‘Israeli’ occupation forces shot dead a Palestinian man in Gaza, under the pretext that he was crossing the border fence separating the besieged coastal enclave and the occupied territories.

The Zionist army also claimed that an officer and two soldiers were slightly injured in the exchange of gunfire early on Thursday.

No further detail was immediately available about the victim.

On Friday, the Zionist forces shot and killed a Palestinian during weekly anti-occupation protests at the Gaza border.

Gaza health officials reported that the man was killed during the protests which saw thousands of Palestinians gathered along the frontier with the occupied territories, with 40 others wounded throughout the day.

The rallies have been held every week since March 30 last year. The Palestinians demand the right to return of those driven out of their homeland by the enemy’s aggression.

‘Israeli’ troops have killed at least 305 Palestinians since the beginning of the rallies and wounded nearly 18,000 others, according to the Gazan Health Ministry.

In March, a United Nations [UN] fact-finding mission found that ‘Israeli’ forces committed rights violations during their crackdown against the Palestinian protesters in Gaza that may amount to war crimes.