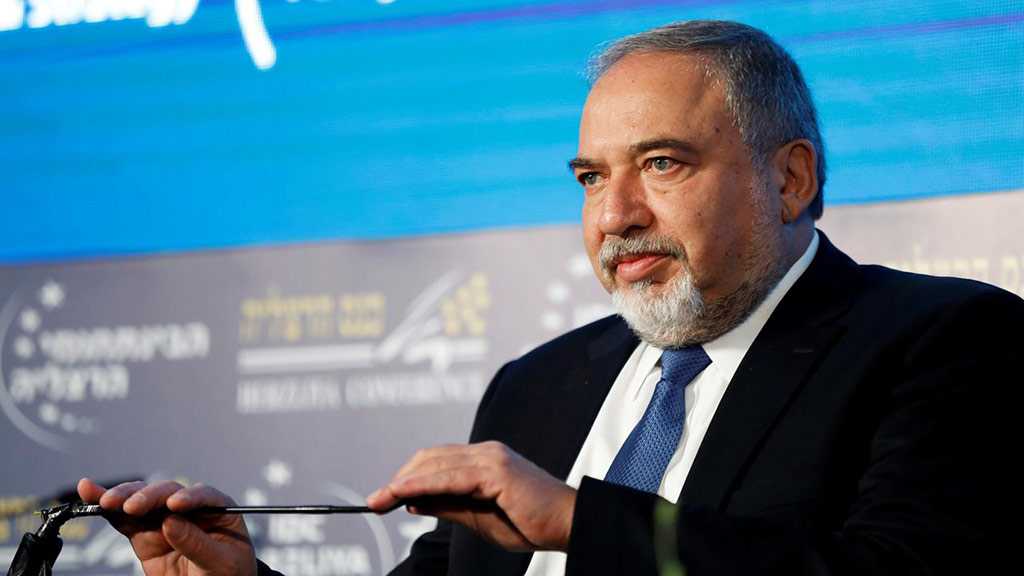 Former “Israeli” War Minister Avigdor Lieberman said Tuesday ahead of September elections his Yisrael Beiteinu party will recommend a so-called unity government that seeks to put an end to "religious coercion" in the “Israeli” entity.

Addressing a campaign rally for the upcoming parliamentary elections, the Yisrael Beiteinu party chief said his party would recommend for prime minister anyone who supports a unity government.

Lieberman also spoke forcibly of the need to separate religion and politics in the entity, insisting there needs to be a "fundamental change" while demanding a number of ministerial portfolios.

Lieberman said in the next round of coalition talks Yisrael Beiteinu will seek to demand reforms allowing for public transportation on Shabbat, civil marriage, and a military draft law for the ultra-Orthodox.

"We're not against the ultra-Orthodox but we are against religious coercion. We are for separation between religion and politics and we want them [‘Israel's’ religious minority] to integrate into ‘Israeli’ society."

Judging by Yisrael Beiteinu's demands as well as recent polls, the “Israeli” entity’s political system could find itself once again in the same position it was in after the country’s last election in April, with “Israeli” Prime Minister Benjamin Netanyahu relying on Lieberman for a majority of seats in the Knesset.

An impasse between the two leaders over ultra-Orthodox recruitment into the “Israeli” Occupation Forces [IOF] led Netanyahu to call for new election set for September 17.

Coalition talks collapsed when Lieberman refused to budge over demands that more religious youths be conscripted into the military.