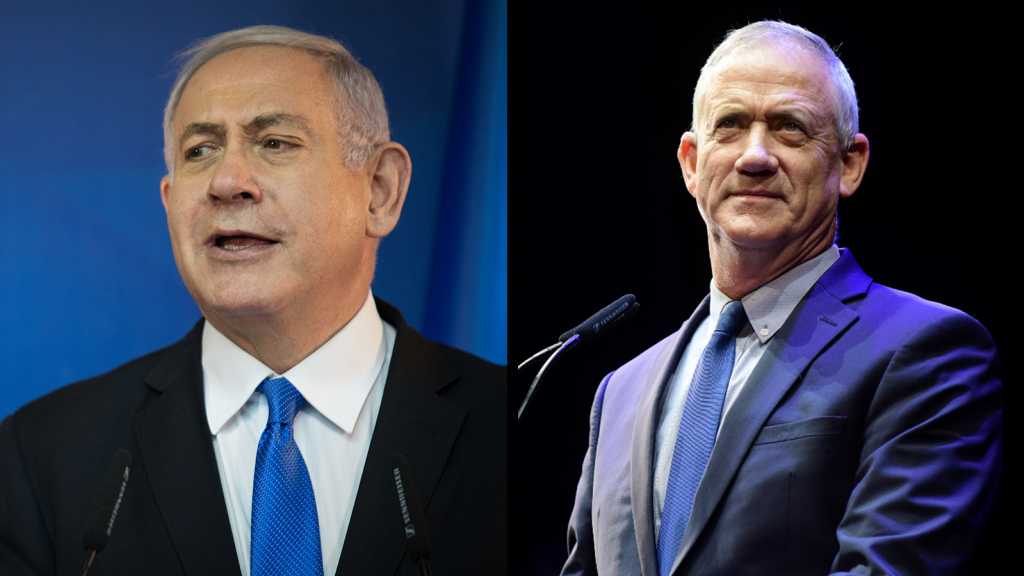 “Israeli” elections are on course for another neck-and-neck fight between Benjamin Netanyahu’s Likud party and the centrist Blue and White party led by Benny Gantz, new poll results revealed Thursday.

The right-wing Likud maintains a razor-thin lead over Blue and White, projected to win 31 seats in the “Israeli” Knesset compared to the centrist party's 30 seats if elections were held today, according to a joint poll between i24NEWS and “Israel” Hayom.

The race seems firmly in the hands of Likud and Blue and White with no other party coming close to their projected Knesset grabs.

Behind the two frontrunners, the Joint Arab List is expected to win a projected 12 seats while the recent left-wing merger between Meretz and the newly formed “Israel” Democratic Party will secure an estimated 9 seats.

“Yisrael Beiteinu” and the “Shas party” are both projected to win 7 seats while the New Right, and the Union of Right-Wing parties will take six seats. The struggling Labor party is hovering just above the 3.25% threshold to enter the Knesset with 5 seats.

According to respondents, 45% of the “Israeli” voting public believe Netanyahu is best suited to be prime minister while 29% believe Benny Gantz is the best candidate for the position.
Trailing behind Netanyahu and Gantz, only 9% of “Israeli” voters surveyed believe former Prime Minister Ehud Barak.