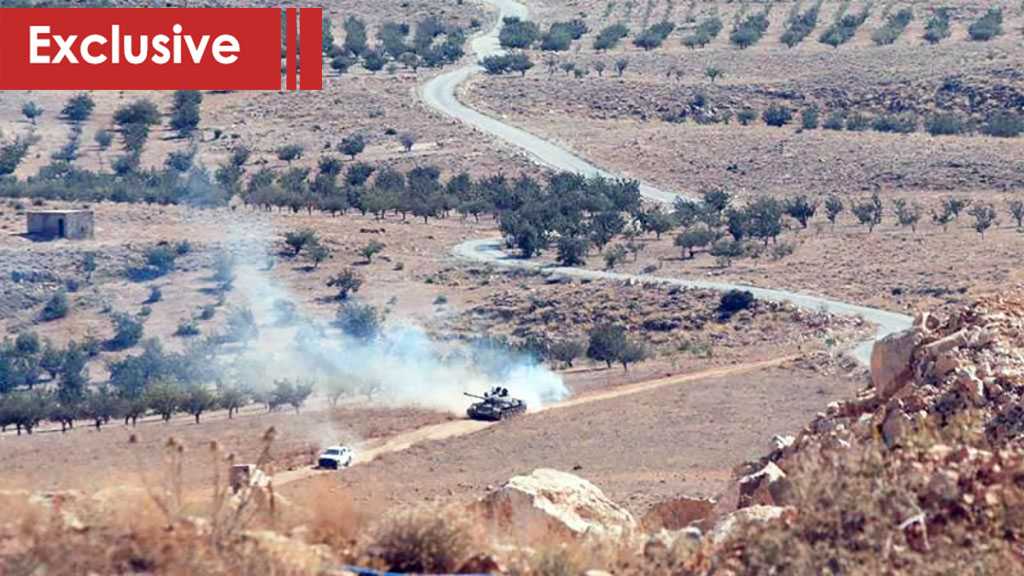 Have the Zionists forgotten their defeat in Joroud Arsal? The answer to this question is certainly not. Their wager in favor of the terrorists was so great that one of the most prominent “Israeli” military analysts wrote for the Haaretz newspaper in the summer of 2013 that "“Israel” no longer needs to fight in Lebanon. Hezbollah has drowned in the Syrian conflict and will not survive it."

Everything was pointing to the inevitability of a major battle in the Joroud with a very important dimension. It was a disappointment for the Zionists. It was also the battle of the second victory in Joroud Arsal and Qalamoun.

It did not start in July 2017. It started with the beginning of the war against Syria in 2011. The plans of the countries leading the aggression and supporting the militants depended on the principle of seizing full control over the border areas. They would then use these areas as a springboard to invade resistance-held territory using terrorist ground forces with NATO-“Israeli”-Gulf support and planning.

Moving the battle into the home front to preoccupy the resistance and the Lebanese army was the beginning. The objective was to take control of and strike the resistance’s environment. Therefore, the battle of liberating Joroud is more significant than the July 2006 victory because it was an “Israeli” battle with an “Israeli” objective and “Israeli” tools even though the La Ilaha Illa Allah [No God except Allah] flag was raised. The resistance achieved more victories, including the Qusair victory, Talkalakh at the northern border, Syria’s Qalamoun, Joroug Arsal, Ras Baalbek and al-Qaa. The most dangerous objective of the terrorists and their backers was invading the central Bekaa up until the border with Lebanon’s Shebaa Farms. Of course, these areas along with occupied Palestine would have all been under the control of the terrorists and the countries backing them. Meanwhile, they would have secured a maritime access from Tripoli in Lebanon.

In short, this is the battle of the border. This is what the resistance thwarted in cooperation with the Syrian army. Meanwhile, the Lebanese army played an important role at the end of the battle.

According to what was planned, these terrorist groups were supposed to start with plan (B), which is besieging the resistance, paralyzing its movements and striking it in its environment. Here, we recall that part of this plan had been put in motion through the use of car bombs as well as identifying certain parties in Lebanon that conform to these plans and ideas. Here several obvious questions must be asked:

What if the Syrian army and the resistance had decided not to take action early on in order to thwart this project?

Based on this plan, which is even related to the nature of the battle with the Zionists, it was necessary to work on its failure and destruction, albeit in stages. Due to the nature of the battle that is also associated with some Syrian regions, the resistance adopted the policy of capturing and then dividing the regions and stages. Thus, the battle of Qusair coincided with Syria’s Qusair. The battle of Talkalakh at the northern border was associated with the Syrian Zara area, which was an important corridor used by militants to move between Lebanon and the Syrian depth. The battles went from Qalamaoun, to Yabroud, to al-Zabadani to the Joroud in order to besiege these groups in these areas.

All the preparations were completed to clear Lebanese areas of any terrorist – after these groups carried out several bombings and killed a number of Lebanese army soldiers. As in every victory, the Golden Triangle, the army, the people and the resistance, was present.

The resistance launched the Joroud operation to eliminate the last hope these groups had to move the battle inside Lebanon. It was a delicate and sensitive operation where politics overlapped with the military, geography and strategy. Therefore, the second liberation’s dimensions are equally important to the first victory over the Zionists in 2000.

The resistance and the Lebanese army, on the one hand, and the Syrian army and the resistance, on the other, caught the terrorists in Joroud in a pincer. Hence, full victory was achieved and the lands were returned to their owners. Security and stability prevailed across the whole of Lebanon despite its complex geography. Thus, Lebanon was on a date with a great victory.