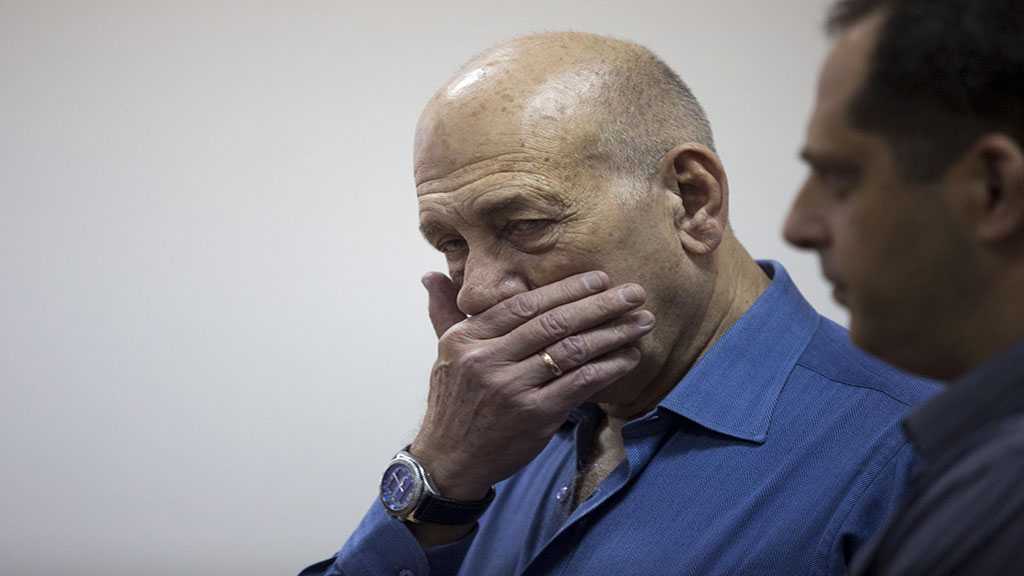 Former Zionist Prime Minister Ehud Olmert canceled a planned visit in Switzerland after he was warned that he is liable to be arrested in the Alpine country for war crimes he committed, Channel 12 reported on Wednesday.

According to the report, Olmert was planning to visit the country on Monday but canceled his trip when the ‘Israeli’ entity received a statement from the Swiss authorities saying that he will be taken for questioning on war crimes he committed during the ‘Israeli’ army’s war on Gaza while he was prime minister.

Olmert served as prime minister during the 2008-2009 so-called Operation Cast Lead in Gaza, in which 1,166 Palestinians were martyred during three weeks of bombing.

He was found guilty in court of a criminal offense, having been convicted of corruption in 2016.