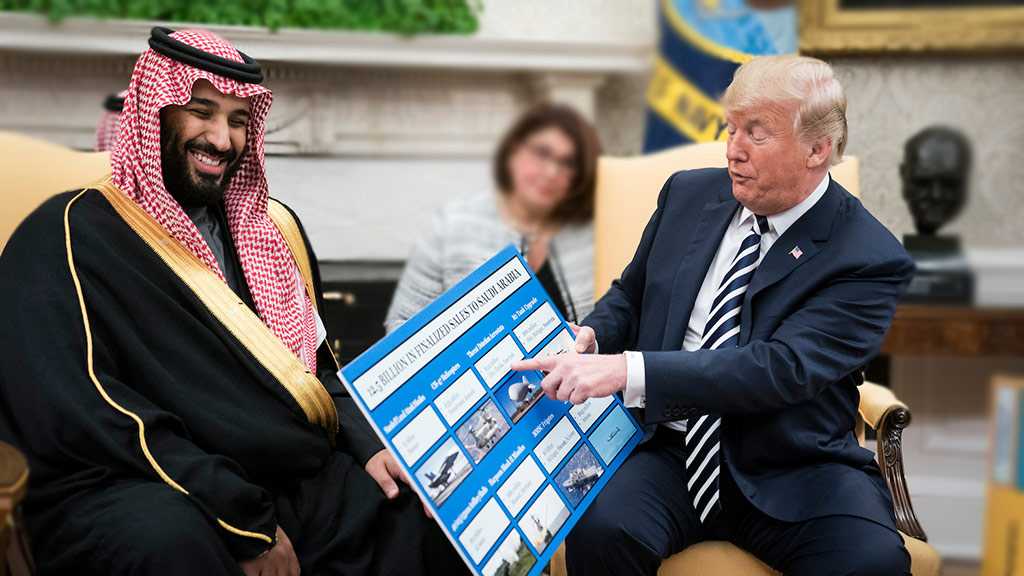 US President Donald Trump in multiple letters to Congress said he rejected resolutions that call for prohibiting weapons transfers to Saudi Arabia, the United Arab Emirates [UAE] and several other countries.

"I am returning herewith without my approval S.J. Res. 38, a joint resolution that would prohibit the issuance of export licenses for the proposed transfer of defense articles, defense services, and technical data to support the manufacture of the Aurora Fuzing System for the Paveway IV Precision Guided Bomb Program in regard to the Kingdom of Saudi Arabia and the United Kingdom of Great Britain and Northern Ireland. This resolution would weaken America's global competitiveness and damage the important relationships we share with our allies and partners," Trump said in a letter to the US Senate on Wednesday.

Trump rejected two other resolutions in separate letters, with more likely to come, which prohibited transferring laser-guided and precisions munitions to the UAE among other countries in Europe.

"By undermining bilateral relationships of the United States and impeding our ability to support key partners at a critical time, the joint resolution would harm – not help – efforts to end the conflict in Yemen. And without precision-guided munitions, more – not fewer – civilians are likely to become casualties of the conflict," Trump said.

The president argued that restricting the ability of US partners to produce and purchase precision-guided munitions "would likely prolong the conflict in Yemen and deepen the suffering it causes."

Trump also claimed that the resolutions would impair the US’ ability to protect US troops overseas that could be targeted by Iran and the Ansarullah movement.

A UN human rights report released last year attributed most of the 16,000 civilian deaths in Yemen to Saudi-led aggression on targets such as hospitals, schools and open-air markets.