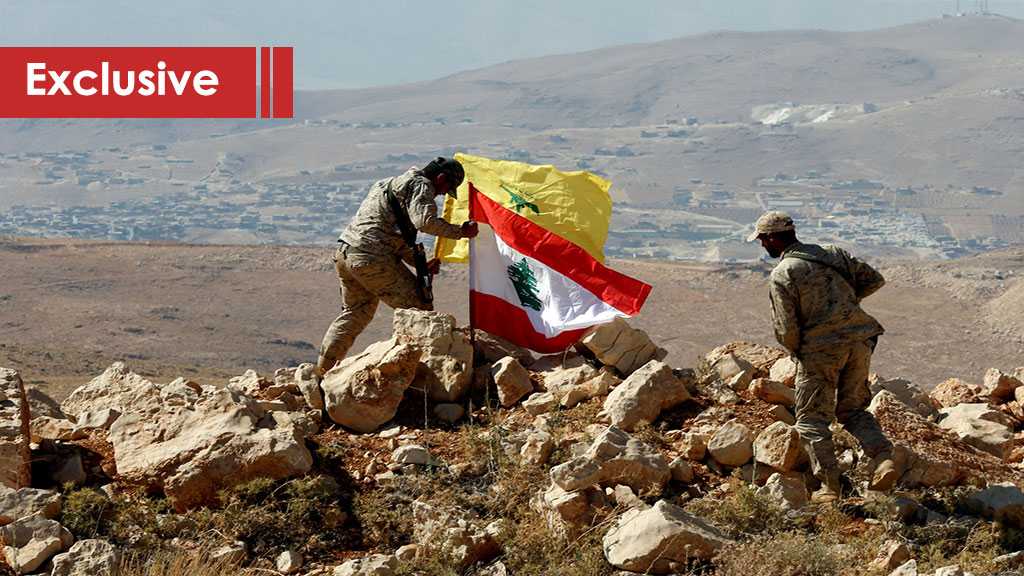 Beirut - The shock was evident on the face of “Israel’s” former war minister, Avigdor Lieberman. After days of censoring media and military institutions when it came to Hezbollah’s 2007 military campaign to liberate Lebanon’s eastern Joroud, the man was unable to admit the impact of the defeat. Hezbollah had liberated the Joroud from the terror of "Israel’s" agents, the Nusra Front and Daesh.

From the heart of Tel Aviv, Lieberman called on the units of the military headquarters to prepare for various scenarios, warning that "the next conflict with Lebanon will also include Syria."

Amid a flurry of confusion, the chief of the “Israeli” military and security establishment spoke about the unity of the fronts and directed threats at both Lebanon and Syria.

"If we talk about the Lebanese front, there is no such front anymore. There will be one front that includes Syria and Lebanon together: Hezbollah, the Assad regime and all those collaborating with the Assad regime," he said.

All the analysis aside, Lebanon heard the message clearly. The cohesion between the Lebanese army and the resistance deprived the concerned parties in “Israel” of their sleep.

Going with the saying, ‘thanks to the recognition of the enemy’, Hezbollah succeeded in creating another cause for concern along the “Israeli” front.

The enemy's observers were surprised by the speed with which the victory was achieved. According to Maariv, “the battles of the eastern Joroud in Lebanon are sending a clear message to three heads: “Israel”, the United States and Saudi Arabia. The message implied that the group is very capable of defending itself against all threats. Its combat skills are growing with time."

For its part, the “Israeli” website Nzivnet published a special report explaining the exact course of the battles.

"Hezbollah is engaged in fierce battles in Joruod Arsal including artillery shelling and even close quarter combat. Hezbollah can be seen working as a trained army that operates heavy machinery such as armored personnel carriers, artillery, mortars shells and others. Meanwhile, the Radwan force – the force assigned to occupy the Galilee in the next war with “Israel” – carries out complex commando operation such as taking control of isolated places and caves," the site reported.

"Hezbollah does not appear to be a guerrilla organization that “Israel” knew in the 90s and the beginning of the third millennium," Nzivnet added.

The website underscores fears about "the flags of Hezbollah and Lebanon fluttering together atop a hill in the Wadi al-Khail region. This is the image of Hezbollah's victory over terrorism. It is not in Aleppo or in Daraa. It is in Arsal, at home. Hezbollah has come back to fight at home. It is sending us signals too. And no one can stop it."

“Israeli” worries spilled over from the battlefield into the political front. According to Haaretz, “Hezbollah took responsibility for the negotiations as if it were the Lebanese government. The party succeeded in securing the approval of the Lebanese army to adhere to the agreement it reached to deport fighters of the Hay'at Tahrir al-Sham.”

"This move by Hezbollah may not have any far-reaching strategic consequences from a military perspective, unlike the removal of al-Qaeda from the Lebanese border. But the organization will know how to capitalize on it when the time comes to discuss security in areas neighboring Lebanon," Haaretz added.

Perhaps the entity’s fear is embodied in a few words said by the head of the “Israeli” military surveillance apparatus, Herzl Halevi, as he addressed the Joroud battles.

"Hezbollah is a stone's throw away from the “Israeli” border."