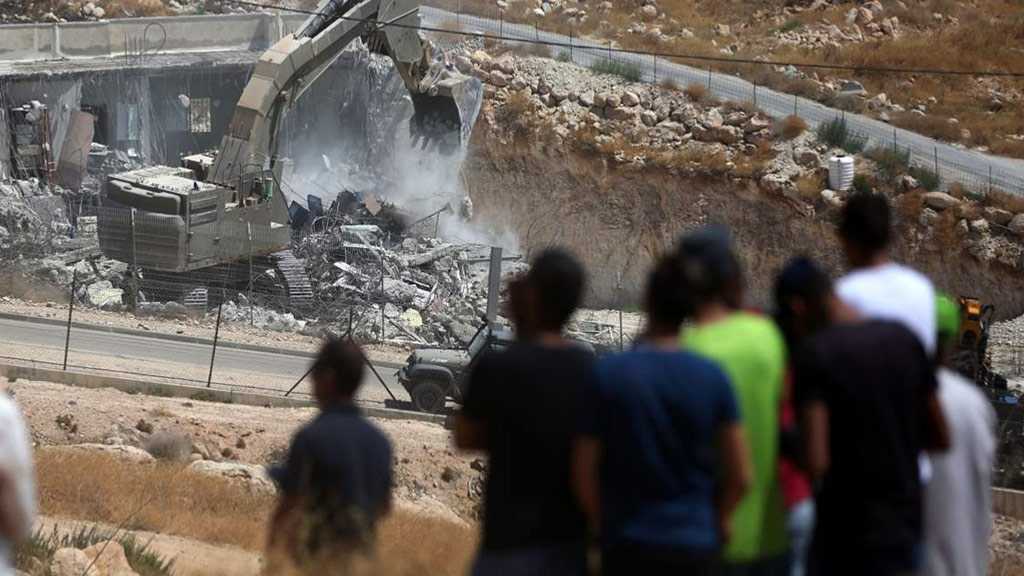 “Israeli” forces carried out a longstanding demolition order Monday morning, targeting a number of buildings in the community that lies in both the occupied West Bank and East al-Quds. Dozens of residential apartments were destroyed.

In its statement, the global human rights organization pulled no punches in condemning the home demolitions.

“These demolitions are a flagrant violation of international law and part of a systematic pattern by the ‘Israeli’ authorities’ to forcibly displace Palestinians in the occupied territories,” said Saleh Higazi, deputy Middle East and North Africa director for Amnesty International.

“Such actions amount to war crimes,” the Amnesty official added.

According to Amnesty, while “‘Israel’ has attempted to justify these demolitions under the guise of security by claiming the homes are too close to the wall/fence,” the claim “does not stand up to scrutiny”.

“The truth is that for decades ‘Israel’s’ authorities have taken arbitrary and disproportionate measures in the name of security to expand their control over Palestinian land and push Palestinians out of areas they consider strategic, forcibly displacing entire communities and unlawfully destroying tens of thousands of homes,” the statement continued.

Amnesty International demanded that the “Israeli” entity “immediately end its cruel and discriminatory policy of home demolitions and forced displacement”, adding that “instead of destroying families’ homes” the entity should “dismantle” the parts of the wall built inside the occupied Palestinian territory in violation of international law.

The human rights group affirmed that “unlawful transfer of civilians in occupied territory violates the Fourth Geneva Convention and constitutes a war crime under the Rome Statute of the International Criminal Court.”

“Other states have a responsibility to pressure the ‘Israeli’ authorities to adhere to their duties under international humanitarian law and ensure protection for the occupied Palestinian population,” Amnesty said.