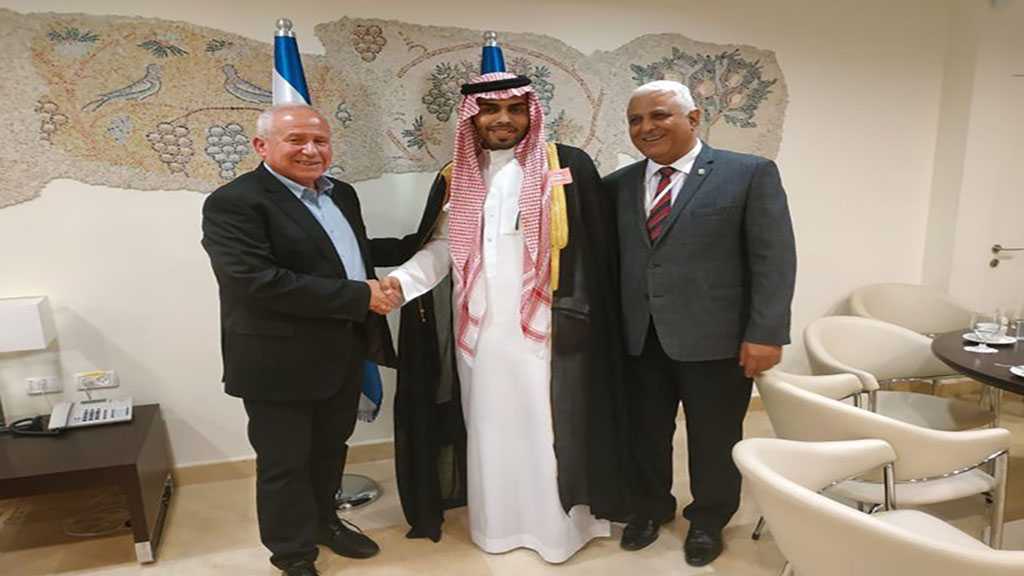 A Saudi blogger who is in the ‘Israeli’-occupied territories at the invitation of the Zionist Foreign Ministry was showered with spits, chairs and other objects that were thrown on him as he walked through one of the holy city’s alleys.

Mahmoud Saud was called a “Zionist trash” by angry Palestinians.

Saud is one of six Arab journalists and bloggers, including representatives from Jordan and Iraq, who were brought to the occupied territories by the Zionist regime’s Foreign Ministry, in an attempt to highlight the growing normalization between the occupation entity and the Arab world.

The blogger, who speaks Hebrew, is an unabashed partisan of Zionist Prime Minister Benjamin Netanyahu; his Twitter feed is loaded with messages of support for the apartheid entity, Netanyahu and the Likud party.

The schedule of his visit included meeting with Netanyahu on Monday.

Saud’s username on the micro-blogging platform is written in Hebrew as well as in Arabic, and his description includes an ‘Israeli’ flag emoji and the words “Only Bibi!” using Netanyahu’s nickname.