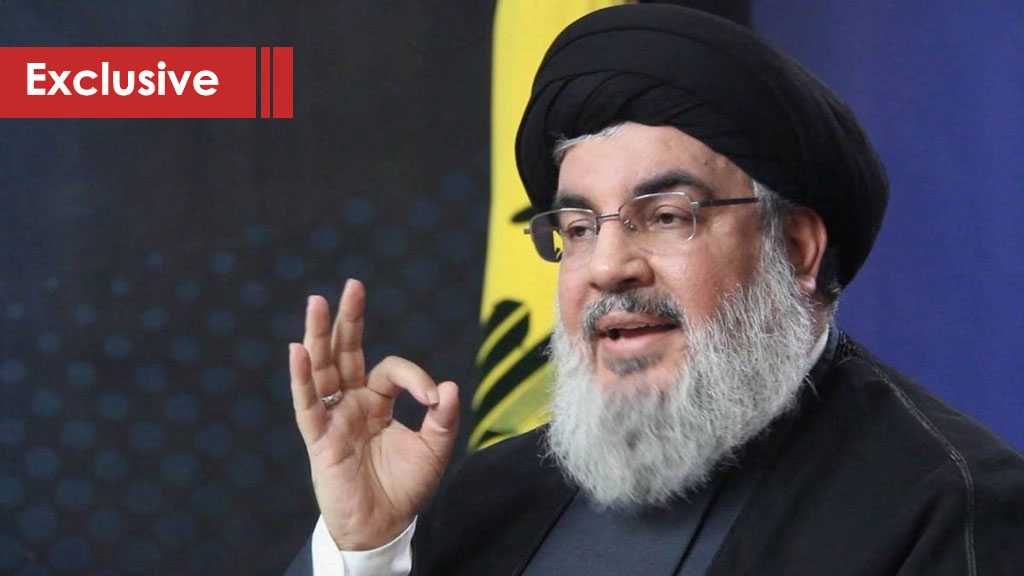 Beirut - It is not surprising that the effects of the “spider web” concept are still reverberating among leaders and experts in Tel Aviv, 19 years after Hezbollah Secretary General Sayyed Hassan Nasrallah delivered his 2000 liberation speech.

The policy and propaganda makers in Tel Aviv failed to contain the effects of this concept and root it out. This failure is not a passing phenomenon. On the contrary, this concept is being renewed at every political and security juncture. Nevertheless, we find Prime Minister Benjamin Netanyahu repeatedly denying that “Israel” is a “spider web” during his speech a few days ago on the anniversary of the 2006 war in Mount Herzl.

The “spider web” concept does not refute the fact that “Israel” is a strong state both in terms of military and technological might or that it possess immense destructive powers. This exact description applies to the reality of the Zionist society. However, this society’s division and defeat will only be achieved if it encounters a resistance and a society that depends on this resistance, a society with steadfastness, determination and willingness to sacrifice for its cause. Perhaps the fact that Sayyed Nasrallah stated this position in this context suggests that he deliberately distinguished between the superiority of “Israel’s” military capabilities and its structural and social weakness.

"“Israel”, which possesses nuclear weapons and a strongest air force in the region, is by God, weaker than a spider web," Sayyed Nasrallah said.

19 years later, one of the most prominent generals in "Israel" and the chair of the Herzliya Conference Major General (Ret.) Amos Gilad, echoes the same concept in different terms.

"“Israel” is a home protected by strong walls from the outside, but termites are eating it from the inside," Gilad said.

On the other hand, the concept of the “spider web” is the opposite to that of the "iron wall", which has been the main factor in shaping “Israel's” general strategy. The summary of this Zionist concept is that its leaders realized very early on that they would not succeed in imposing their entity without planting despair in the hearts of the Arab and Palestinian people regarding the possibility of victory over the Zionist project. From here, the concept of the “iron wall” had to be planted and propagated to become something along the lines of a self-evident truth. If promoting this thought succeeds, and if it becomes a reality, recognizing the existence of "Israel" becomes a logical result that is suitable for this introduction.

Meanwhile, the "spider web" concept presents a contrasting image to the “iron wall” in how the “Israeli” public views itself and in the consciousness of the Arab people. Thus, the underlining factor of the “spider web” concept is that there is a possibility of victory over "Israel" despite its technological and military superiority as well as unlimited US support.

Nevertheless, not all slogans that have these meanings lead to the sort of repercussions the “spider web” caused.  What characterized the “spider web” slogan is that it was not the result of purely theoretical jurisprudence of a group of theorists or a summary of an academic research. It was the culmination of a historic victory that derived its credibility from the facts. In other words, the practical achievement that is based on this concept was there before Sayyed Nasrallah uttered his slogan.

But what supported its credibility and influence in “Israel” was that it was issued by the leader of the resistance. This indicates that it is an expression of a vision from which the resistance launched its strategic and historical achievements. The resistance also depends on it with a broad realistic outlook in crystallizing its plans for the future. This led to a rise in the level of danger in the consciousness of the “Israeli” leaders. In short, the "spider web" slogan was able to strike a serious blow to the "iron wall" concept along more than one juncture starting from 2000 liberation, to the 2006 victory, to the regional deterrence formulas Hezbollah imposed on the “Israeli” entity.

The “spider web” slogan was characterized with a degree of distinctiveness, which dominated decision-making institution in Tel Aviv and appeared prominently among experts. This was reflected in the “Israeli” discourse over the years that followed. Netanyahu himself was one of the prominent speakers who repeated this concept. He repeated references to the concept in the wake of Operation Protective Edge [aggression against Gaza] in 2014. He also addressed the same concept in 2016 twice in the same day. Netanyahu again referred to it a few days ago during his speech marking the anniversary of the 2006 war.

On this particular point it is sufficient to point to Netanyahu most recent claim that the “Israeli” society is not a "spider web".

“In practice, the total opposite came true: For more than a month we have deployed both soldiers and citizens along the front because the home front also turned into a [battle] front. We showed immunity. We proved our strength and steadfastness … Our fighters showed determination, sacrifice, courage and heroism," Netanyahu added.

This address reflects that “Israel” is trying to reproduce a picture that is different from the 2006 war. However, when they try to embark on this failed task, they are forced to ignore the fact that “Israel” has failed in its strategic goals of crushing Hezbollah to produce a new Middle East. Netanyahu failed to reach an objective approach when he said, "at the same time, there have been failures – not just a few – at the political level and the military level. And we are applying the lessons learned from these failures on both the strategic and operational sides."

To refute Netanyahu's failed attempt, we will recall some junctures. The Winograd report noted that the army refrained from launching a major land invasion during the 2006 war and only partially implemented it at the end of the war. Was this proof of the determination and sacrifice shown by the soldiers, or was it a result of the horror that was haunting them and awaiting them should they venture with their land invasion? Following the famous Merkava tank massacre, the [“Israeli”] army demanded a halt to the military operation before the time that it initially requested had elapsed. Where is the heroism demonstrated by the soldiers in the battles of Maroun al-Ras, Bint Jbeil and Ayta al-Shaab?

Where is the steadfastness of the home front? Does it lie in the success of the deterrence formula – Tel Aviv in return for Beirut - imposed by Hezbollah? Why did the enemy refrain from targeting Beirut? Is it not because it recognized that Hezbollah had the courage, the will and the ability to carry out the threat that Sayyed Nasrallah issued?

"Israel’s" problem is that it was late in trying to modify the image of the war. Netanyahu’s repeated references to the “spider web” concept in the years that followed only underscores the great impact the concept had on the “Israeli” reality, despite its denials. This strongly suggests that it will remain a feature in "Israel’s" future and a constant concern in the consciousness and rhetoric of all its leaders.