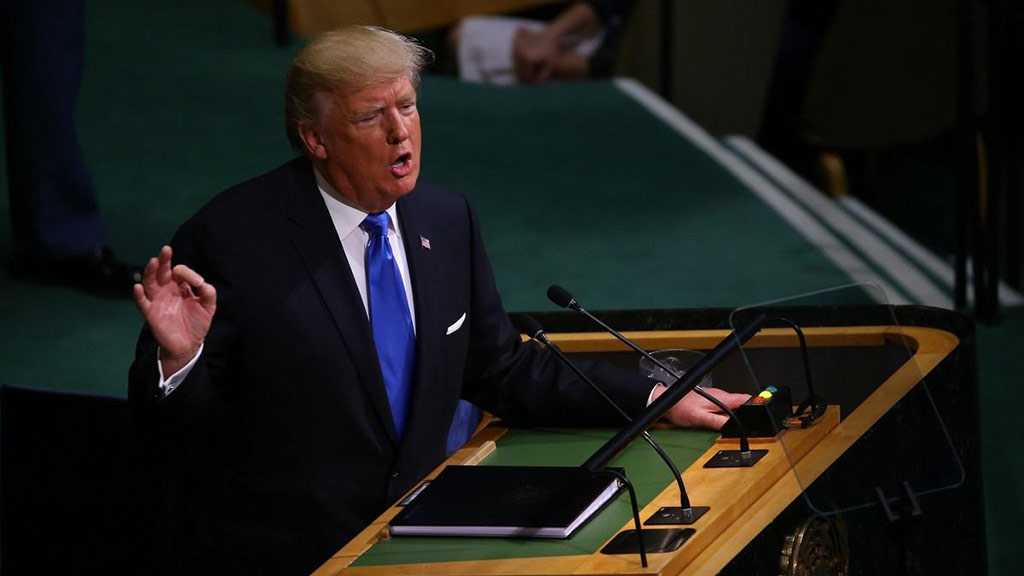 US President Donald Trump said Monday that chances of negotiating with Iran were dwindling, as he cited increasing tensions in the Gulf and blasted Tehran as the world’s top “state of terror.”

Trump cited a series of recent conflicts involving the Islamic Republic, including the downing of US and Iranian drones and, most recently, Tehran’s announcement that it arrested 17 people in connection to a CIA spy ring, which Trump claimed were “lies.”

“Frankly it’s getting harder for me to want to make a deal with Iran, because they behave very badly,” Trump told reporters in the Oval Office, as visiting Pakistani Prime Minister Imran Khan sat at his side.

“I’ll tell you it could go either way, very easily,” Trump added. “And I’m OK either way it goes.”

Washington and Tehran have been at loggerheads since May 2018, when Trump unilaterally withdrew the United States from a landmark 2015 deal.

On Monday, Trump ramped up the rhetoric, attacking Iran’s government as “a religious regime that is badly failing,” and saying the country has “tremendous problems economically.”

He also used menacing language, saying the United States was “ready for the absolute worst.”

“We are very geared up. They are really the number one ‘state of terro’ in the world,” Trump said.

The aggressive remarks came as Washington announced it was placing a leading Chinese oil importer on its sanctions blacklist for trading in Iranian crude.

“As part of that maximum pressure campaign, I am announcing that the United States is imposing sanctions on the Chinese entity Zhuhai Zhenrong and its chief executive Youmin Li,” US Secretary of State Mike Pompeo said in a speech.

“They violated US law by accepting crude oil,” he added.

The sanctions seek to constrict Zhuhai Zhenrong’s access to global financial markets by banning any US individual or business – including financial institutions with US entities, like most global banks – from doing business with the company.