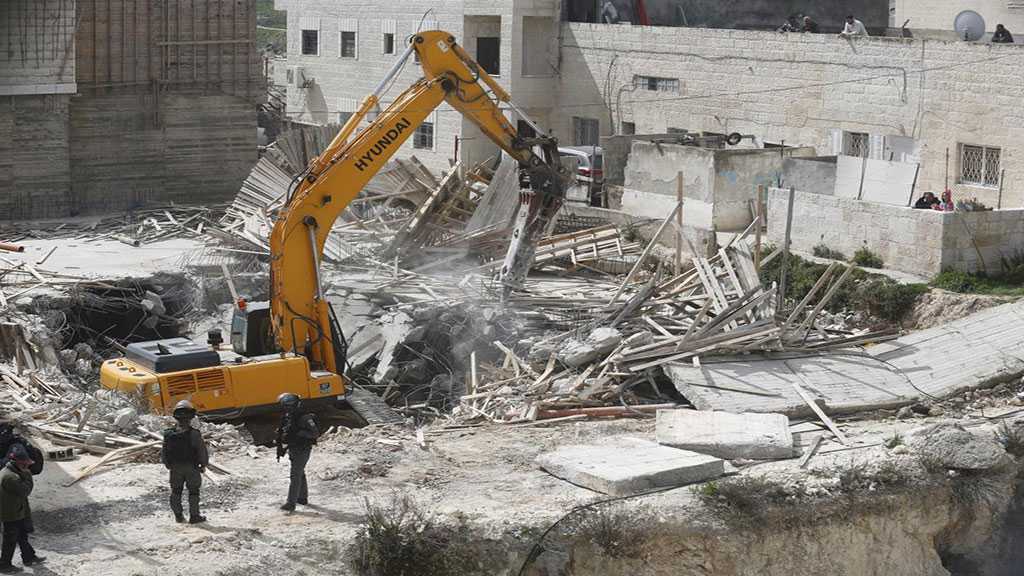 ‘Israeli’ occupation forces started destroying homes on the outskirts of the occupied East al-Quds, despite international condemnation and mass protests.

Hundreds of Zionist soldiers and police stormed Sur Baher early on Monday and declared the village a military zone, banning journalists from entering.

"Since 2 am they have been evacuating people from their homes by force and they have started planting explosives in the homes they want to destroy," said Hamada Hamada, a community leader in Sur Baher.

Meanwhile, Palestinian and international activists, who tried to stop the demolition, were present in the scene and filmed the work.

Adnan Gheith, the Palestinian governor of occupied al-Quds, slammed the demolitions as a war crime.

Back in June, the Zionist court rejected a petition by the owners to cancel the demolitions. A deadline for the residents to abandon the houses expired on Friday.

The Zionist pretext for demolishing the houses is its claim that the original landowners ‘had failed to obtain building permits’ from the occupation regime!

The residents, however, stress that they don’t not need ‘Israeli’ permission to build their homes because they had received approvals from the Palestinian Authority.

Relatively, the Palestinian Ministry of Foreign Affairs and Expatriates on Sunday called upon the International Criminal Court [ICC] to launch an investigation into the Zionist regime’s mass demolitions in the neighborhood.

The ministry called on the ICC to open an investigation into the ‘Israeli’ regime’s threats to demolish several homes in East al-Quds.

Meanwhile, the United Nations, which recognizes al-Quds as occupied territory, urged the Zionist regime to halt the demolitions.