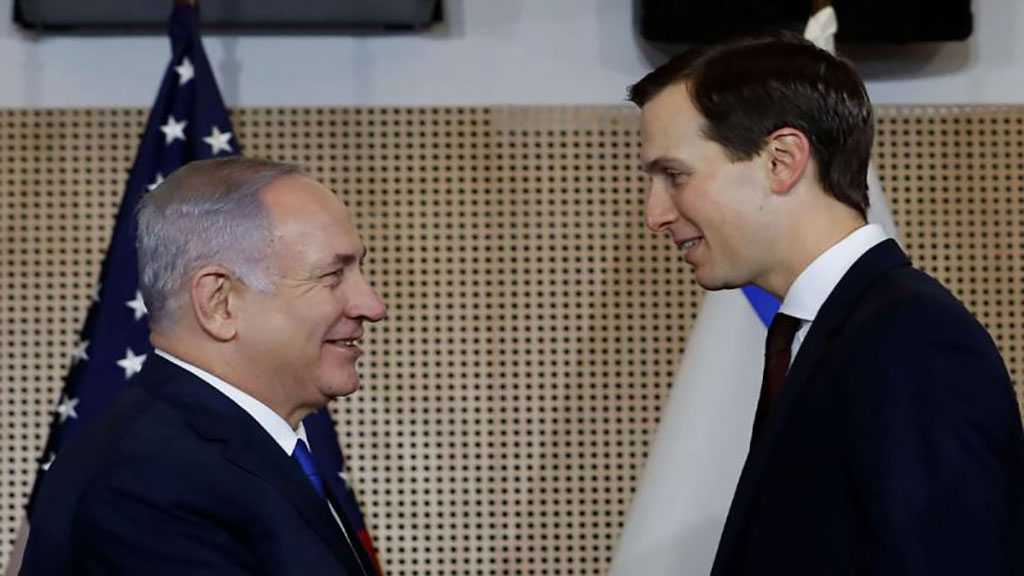 A delegation of senior US officials is set to visit the Middle East next week where they are expected to visit the “Israeli” apartheid entity and Saudi Arabia.

The delegation, led by US President Donald Trump’s son-in-law, Jared Kushner, is reportedly touring the region in order to lobby support for the so-called “Deal of the Century”, a senior official in Trump's administration said Sunday.

Kushner will travel to the region at the end of July for discussions to continue the momentum of the successful Bahrain workshop on the economic plan," the official said on condition of anonymity.

He will be accompanied by White House advisor Jason Greenblatt and US envoy for Iran Brian Hook, the official said.

The official did not give details on an itinerary for Kushner, but on previous trips, he has visited “Israel” as well as Saudi Arabia and Jordan.

An unnamed senior official told the publication that “the purpose of the visit is to follow up on the Bahrain workshop,” referring to last month’s conference in Manama.

The Trump administration has signaled that it prefers to release the details of the second part of its Mideast plan after “Israel’s” election in September.