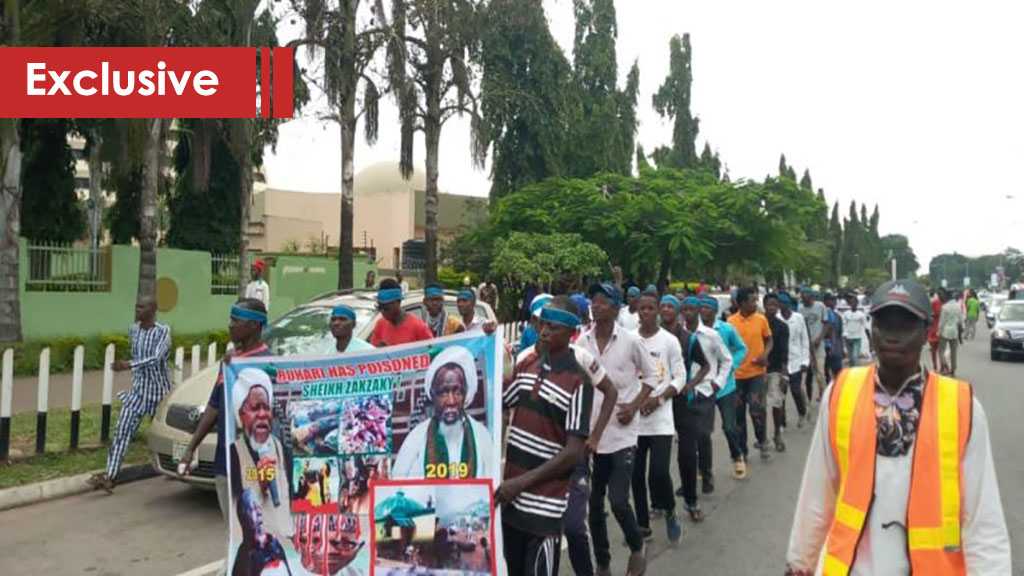 Beirut – Al-Ahed news sources uncovered that the Nigerian Judiciary delayed the trial of the Leader of the Islamic Movement in Nigeria Sheikh Ibrahim al-Zakzaky for 11 days after rounds of discussions between lawyers and the prosecution in Kaduna’s Supreme Court.

According to the information, Sheikh Zakzaky is in critical health condition. He is suffering from poisoning due to the bullets remaining in his body since 2015, when the Baqiatullah Husseinieh in the Zaria city was subjected to a bloody attack by the Nigerian forces and was detained consequently after being shot.

The Nigerian sources also noted that Sheikh Zakzaky has totally lost his left eyesight, while his right eye has lost 45% of its function. His wife, Zeenat, also is in need of urgent medical care due to the bullets in her body. She also needs installing artificial knees.

The Nigerian judiciary set a condition in return of releasing Sheikh Zakzaky, which is that he shall receive medical treatment on the Nigerian soil. However, estimations suggest the option of transferring him abroad, namely to Turkey, according to a previous agreement with the court.

According to al-Ahed sources, Nigeria’s Supreme Federal Court issued a year and a half earlier a decision to release Sheikh Zakzaky and his wife and compensating each of them with an amount of $120,000. However, the decision was not implemented and his eminence remained arbitrarily detained by the General Intelligence due to American, Saudi and ‘Israeli’ pressures imposed on the Nigerian government that is led by the country’s president Muhammadu Buhari, who in turn banned applying the judgement.