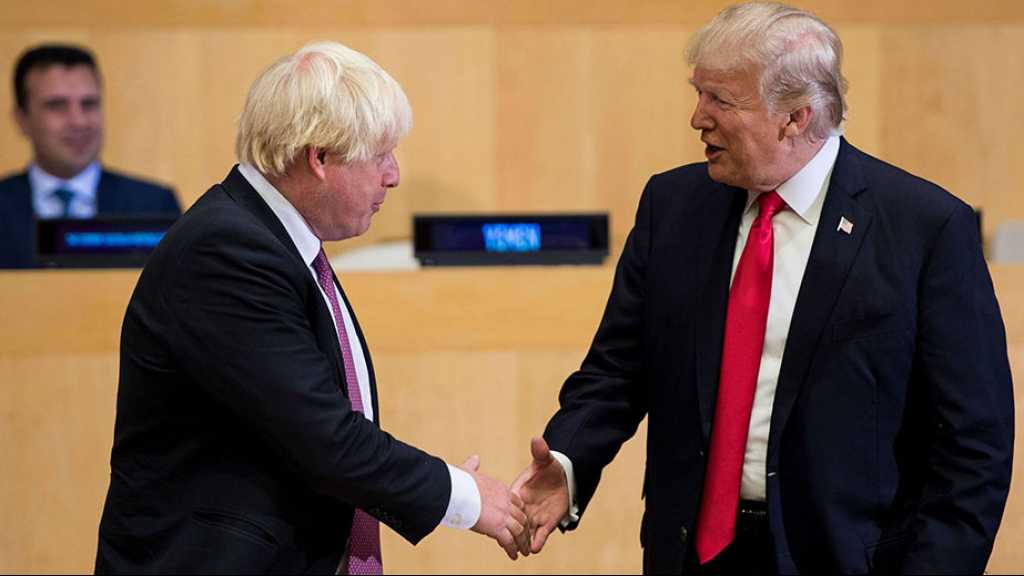 US President Donald Trump compared himself to Tory frontrunner Boris Johnson in a fresh attack on British Prime Minister Theresa May, saying: “I think we’re going to have a great relationship.”

Speaking to reporters at the White House just days before the results of a vote by members of the British Conservative Party will determine the country’s next prime minister, Trump said he had spoken to Johnson a day earlier.

“I like Boris Johnson,” he said, claiming May had done a “poor job” with Brexit. “I think Boris will straighten it out. A lot of people say Johnson is a different kind of guy.”

Trump has never hidden his affection for the frontrunner. Earlier this year he said “he’s been very, very nice to me, very supportive”.

As he made his way to Britain for a state visit he told The Sun newspaper: “I think he is a great representative for your country. I am just saying I think he would be a great prime minister. I think he’s got what it takes.”

Johnson has responded in kind. Speaking in June during a debate in Carlisle, as part of his shown down with Jeremy Hunt to become prime minister, Johnson said the president had “many, many good qualities”.

He claimed Trump had claimed kick start the US economy. “We should pay tribute to that,” he said.

Trump has often criticized May, in particular for the way she sought to secure Brexit, claiming she had ignored his advice which was to walk away from negotiations without a deal if required.

This month, after details of a classified cable were leaked revealing British diplomat Sir Kim Darroch had said the president oversaw a chaotic administration, Trump attacked both the ambassador and the prime minister on Twitter.

“I have been very critical about the way the UK and Prime Minister Theresa May handled Brexit. What a mess she and her representatives have created. I told her how it should be done, but she decided to go another way,” he wrote.

“I do not know the ambassador, but he is not liked or well thought of within the US. We will no longer deal with him.”