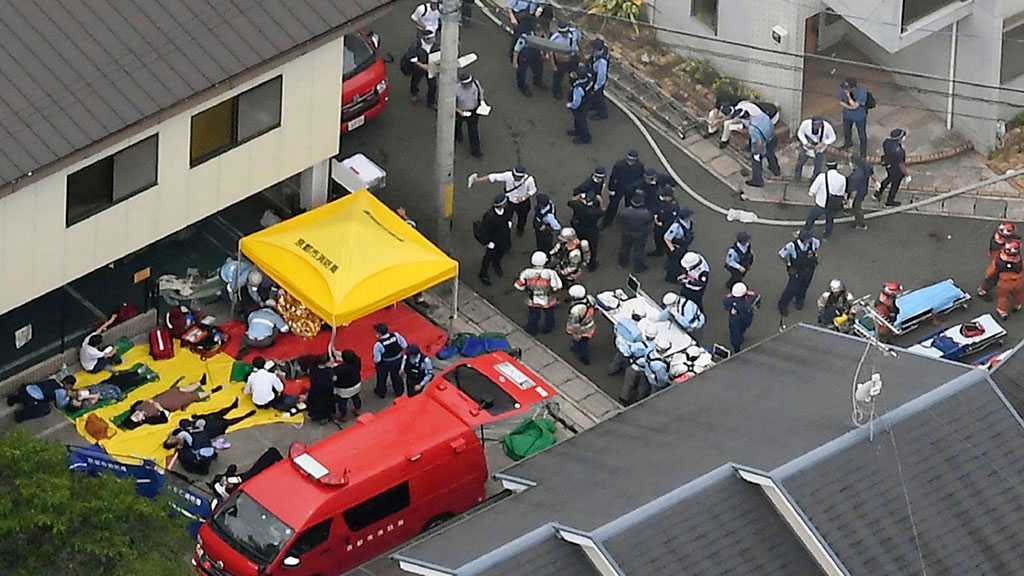 At least 24 people lost their lives and 40 were hospitalized, including 10 who are listed as being in critical condition, after a man set fire to an animation studio in the Japanese city of Kyoto on Thursday morning.

Emergency authorities indicated that the death toll is likely to rise, while there are reports that the man had some sort of financial grievance against the company.

According to police, the man ran into the three-story studios and offices of Kyoto Animation Co. shortly before 10.30am. Witnesses said he sprayed a liquid around the ground floor of the building and set fire to it and was shouting “Go die”. Police said that around 70 people were in the building when the fire broke out.

People living nearby told local media that they heard a series of explosions and saw thick black smoke billowing out of broken windows.

“A person with singed hair was lying down and there were bloody footprints”, a local resident told Kyodo News.

A 16-year-old schoolgirl said: “Five or six people were lying on benches or blue sheets looking limp, and among them was a woman bleeding from her head. Neighbors were bringing blocks of ice and drinks for the people with burns.

Television footage from helicopters showed firefighters in breathing apparatus entering the still-smoking structure and others directing hoses through the open windows. The exterior of the 7,500-square-foot building - which only had one ground-floor exit - was extensively charred. Around 35 fire engines were mobilized to fight the blaze and local residents were kept back by a police cordon.

Firefighters were also seen carrying bodies wrapped in blankets out of the building.

Many of the bodies were found on internal stairs leading from the second story of the building to the roof and it is likely that many of the victims died of smoke inhalation as they were trying to flee. Police have also recovered a number of knives from the scene.