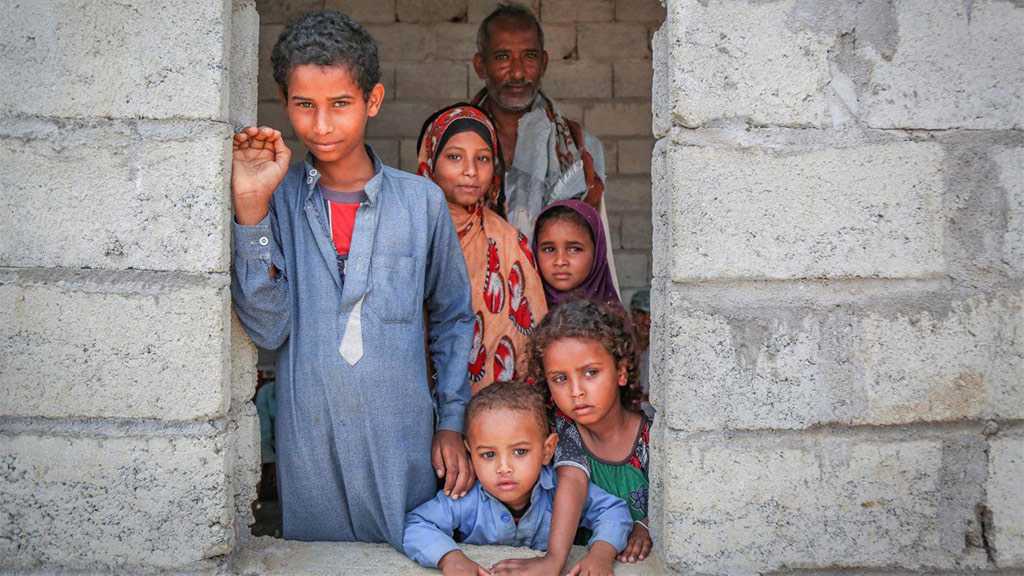 Can you imagine how it feels to wake up one day and find yourself trapped in the midst of fierce fighting? Suddenly your village is a war zone, and your house walls and windows no longer protect you and your family. Saleh, 52, is one of millions of Yemeni people for whom this is a daily reality.

Saleh and his eight children were forced to flee their small village in the Kushar district of western Yemen a few months ago. Saleh used to work as a labourer in his village and sheep herding was a main source of income for the family. Before the war in Yemen reached Kushar, he and his family were safe and lived a normal life despite experiencing economic hardship.

“Before the conflict we could afford to buy food. We were happy. We lived safely in our village and could cover our daily needs,” Saleh says.

Flight was the only option

When the conflict escalated in Kushar, Saleh’s village was surrounded by fighters. Bullets and missiles started hitting houses. Saleh’s children couldn’t sleep at night because of the constant bombing outside their home. They were terrified of the fighting.

“We lived in the area where the fighting was taking place,” explains Saleh. “We were caught up in the middle of the clashes with fighters firing at each other from all sides.”

One night, Saleh decided that they had no other option but to leave everything behind. Despite the risks involved, flight was the only way for him to protect his children from certain death.

He took only his children, a torchlight and his phone so he could communicate with his oldest son who stayed behind to look after their sheep. Saleh held the hand of his youngest child and asked the rest to hold each other’s hands so that they would not get lost in the dark.

“We just started walking and we didn’t care about the risks. On the way my children were screaming out of fear but the further away we got, the calmer they became,” Saleh explains.

“The child fell out of his arms and died”

Many families were fleeing at the same time along with Saleh’s family. With few torchlights, they struggled to find their way in the darkness of night. The road was very tough and mountainous, and at times lethal.

“Our journey was dark and horrifying,” recalls Saleh. “One of my neighbours was holding his child and couldn’t see anything as we were walking over the mountains. Then he fell, slipping on a stone, and the child fell out of his arms and died. The little child died, just like that.”

Saleh and his children spent two days travelling with nothing to eat but biscuits. They walked through mountains and valleys until they found a driver who was prepared to drive them to Abs, a camp for people who have been displaced by the war in Yemen.

Unfortunately, Saleh didn’t have any money to pay the driver and had to borrow from his neighbours. He recalls: “Everyone helped and paid around 5,000 Yemeni Rial [equivalent to USD 20] each.”

Safe at last – but for how much longer?

Saleh and his family finally reached Abs camp after a long drive. A local man from the area guided them and 14 other families to an empty house, where they still live.

Although they are safe for now, conditions are far from ideal. The house is too small to accommodate so many people, so Saleh usually sleeps outside. It has no windows or doors, and lacks electricity, mosquito nets and other basic necessities for dealing with the climate in Yemen. To make matters worse, the landlord is now asking for rent, which none of the tenants can afford.

The little they have right now is the assistance provided by the Norwegian Refugee Council (NRC) to help them survive: food, water and hygiene kits.

Abs district is currently home to around 30,000 displaced families, spread over 122 sites. Humanitarian agencies are struggling to get aid to those who need it, and many families have to wait months for assistance. Cholera and malaria are a deadly presence, with no medical facilities close by. Yet still, more displaced people arrive every day.

A message to the world

Saleh and his family face an uncertain future. Although their immediate needs are being met, there is nothing they want more than to be able to return to normality and safety. But no one knows when, if ever, it will be safe for them to go home.

Saleh’s daughter Lamia, 11, aspires to be a doctor when she grows up, while his son Mukhtar, 12, wants to be a teacher. Both miss their friends and want to get back to school.

“My message to the world,” says Saleh, “is to stop this war so we can return to our homes, send our children back to school, and start working again.”