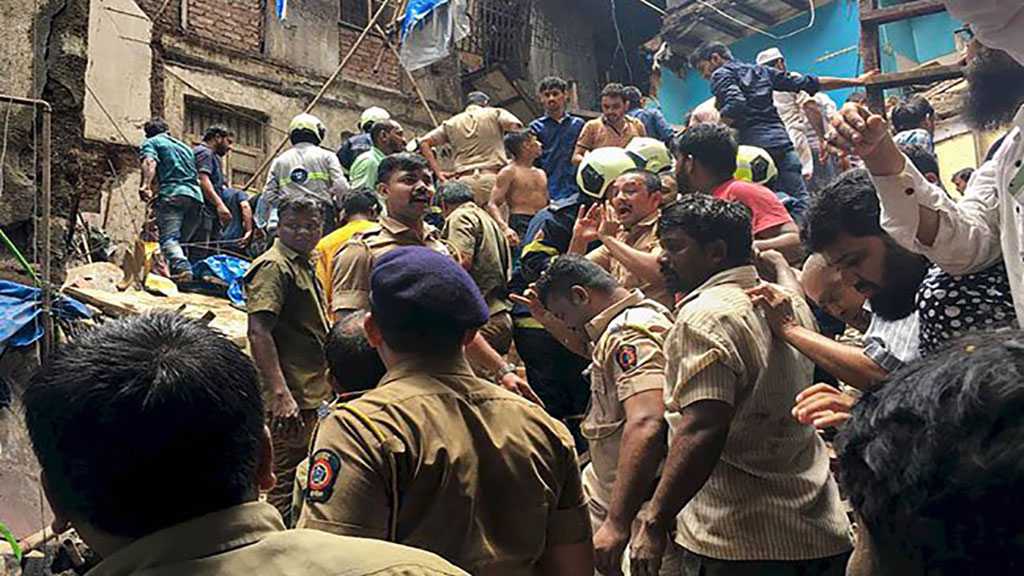 A four-story building crumbled like a pack of cards in India’s cosmopolitan city of Mumbai on Tuesday.

A video clip of local residents joining hands to form a human chain to clear pieces of debris and rescue helpless people, including a three-year-old child trapped underneath, has left many overwhelmed.

The nearly 100-year-old building situated in the city’s Dongri slum area, collapsed around 11.00 a.m. on Tuesday.

So far, 14 people were said to have been killed in the accident, while around 100 are still feared trapped, as rescue operations continue on Wednesday. At least nine people, including two children, were reportedly rescued from the building.

Videos showing the locals going out of their way, to come to the dangerous site and help rescue people stuck under the rubble, offered a heartwarming element to this moment of plight. Locals have also helped clear the way to allow excavators and other machinery to enter into the narrow lanes, to facilitate the efforts of rescue teams.