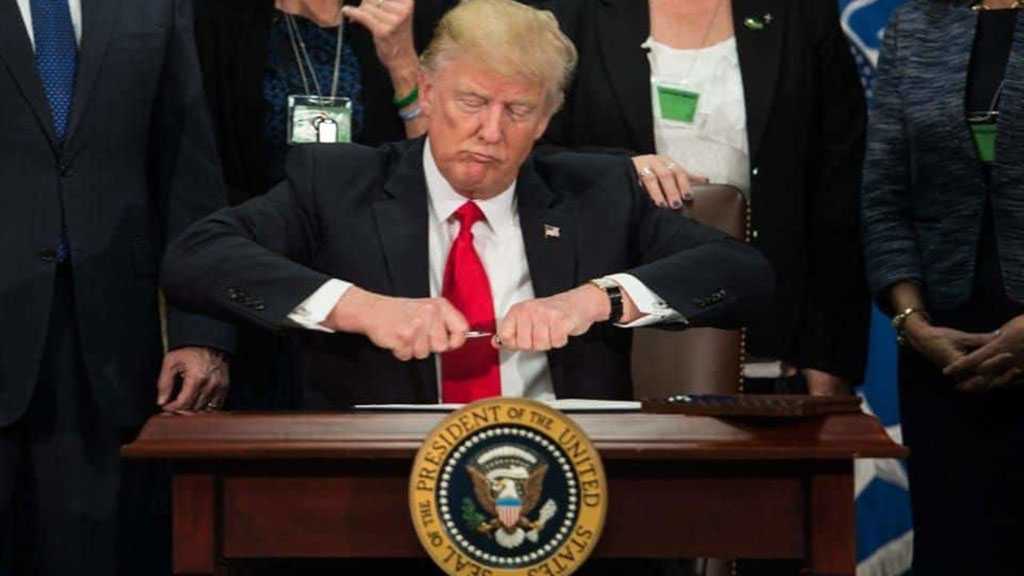 US President Donald Trump’s administration moved Monday to declare ineligible for asylum most migrants who cross the US southern border after passing through Mexico.

A new rule redefining asylum eligibility -- to take effect on Tuesday -- is the latest attempt to stem the flow of undocumented migrants into the country, and comes with the White House frustrated at Congress's failure to toughen immigration laws.

Cracking down on migration has been a signature policy of Trump who has announced raids by US immigration authorities are imminent.

"The United States is a generous country but is being completely overwhelmed by the burdens associated with apprehending and processing hundreds of thousands of aliens along the southern border," Attorney General Bill Barr said in a statement.

Barr further added: "This rule will decrease forum shopping by economic migrants and those who seek to exploit our asylum system to obtain entry to the United States.”

The White House's new rule targets the recent stream of hundreds of thousands of migrants from Central America and other countries who have tried to cross into the United States from Mexico and request asylum.