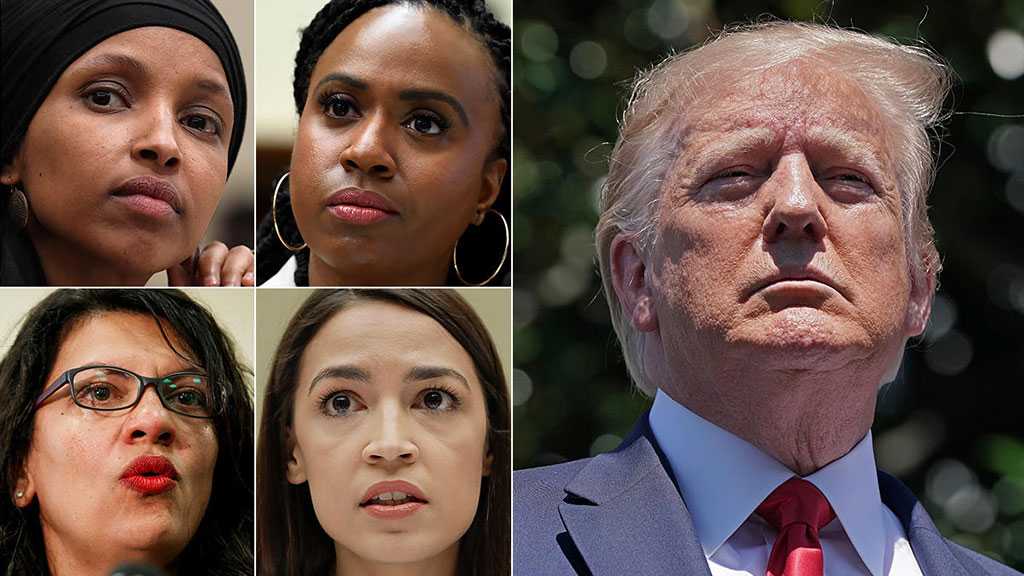 US President Donald Trump doubled down on his attacks against four minority US congresswomen on Monday and dismissed concerns that his comments were racist, prompting outrage from Democrats, who moved to condemn him in the House of Representatives.

Speaking at the White House, Trump said people he described as critical of the US should leave the country.

Trump’s remarks followed his Twitter messages on Sunday that said the four left-wing lawmakers, known in Congress as “the squad,” should go back to “the totally broken and crime infested places from which they came.”

All four of the first-term House members are US citizens and all but one were born in the United States.

“If you’re not happy in the US, if you’re complaining all the time, very simply: You can leave,” he said, drawing scattered applause from a crowd of businesspeople.

Asked if he was concerned that some viewed his remarks as racist and that white supremacists found common cause with him, Trump said he was not. “It doesn’t concern me because many people agree with me.”

However, his remarks were widely derided and some, though not many, of his fellow Republicans spoke out against them.

Trump did not identify the lawmakers by name in his Sunday tweets, but he appeared to refer to representatives Alexandria Ocasio-Cortez of New York, Ilhan Omar of Minnesota, Ayanna Pressley of Massachusetts and Rashida Tlaib of Michigan.

All four have been critical of Trump, as well as of the current Democratic leaders of the House.

At a press conference on Capitol Hill, the four lawmakers said Trump was trying to sow division and distract attention from what they characterized as failed policies on immigration, healthcare and taxation.

“Weak minds and leaders challenge loyalty to our country in order to avoid challenging and debating the policy,” Ocasio-Cortez said.

Tlaib and Omar repeated their calls for Trump to be impeached.

Meanwhile, House Speaker Nancy Pelosi, who has been criticized by members of “the squad,” said her party would introduce a resolution condemning Trump’s “xenophobic tweets.”