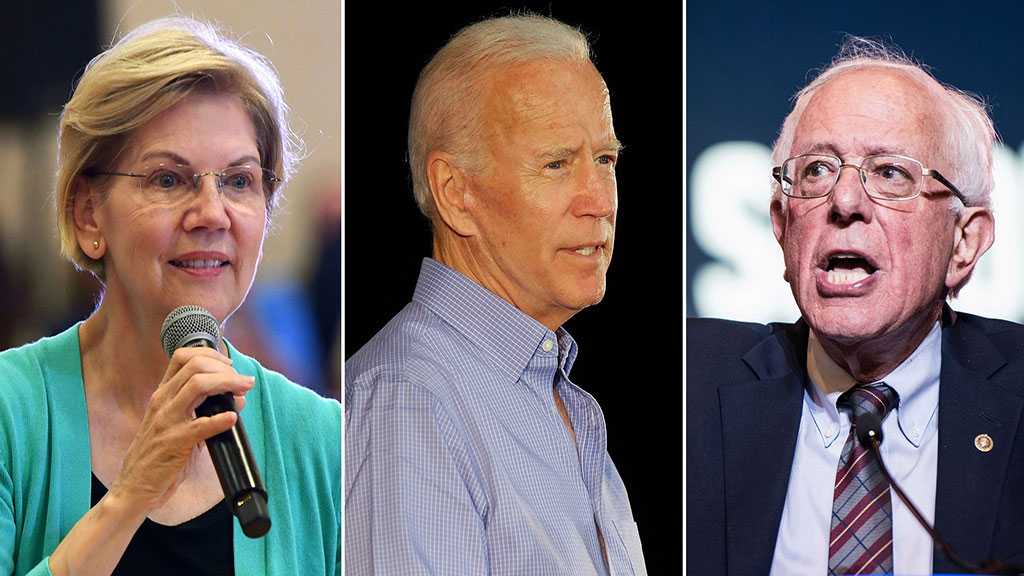 The poll was conducted between July 7 and 9 among 800 registered voters. It was undertaken jointly by NBC News and The Wall Street Journal.

Clashing head to head, Biden would beat Trump 51 to 42 percent in the next election, while Sanders would overtake him 50 to 43, the poll showed.

Warren would also beat Trump outside the poll’s 3.5 percent margin of error by 48 percent against the president’s 43.

Sen. Kamala Harris will be successful too, but winning over Trump 45 to 44.

The hopefuls attend a heated televised debate on a monthly basis, which bears heavily on their respective popular image.

In 2016, the mechanism handed the presidential election’s victory to Trump over Hillary Clinton, although the voters had given the latter three million more votes.

The accusations of foreign intervention relates to claims that Russia conducted a campaign, including through various social media accounts, in order to positively influence the public opinion in Trump’s favor.

However, both Moscow and Trump roundly reject the claims.