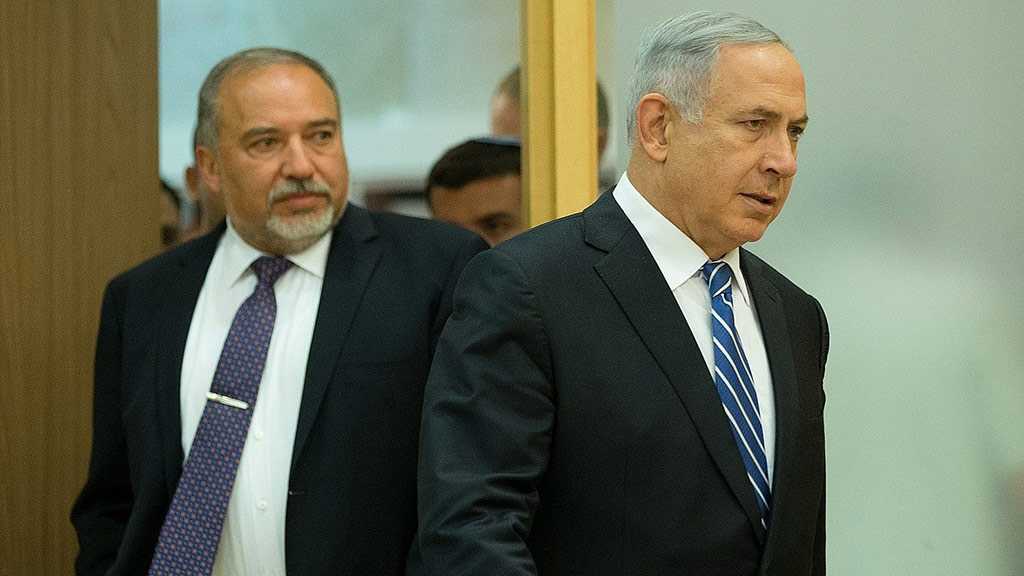 Lieberman described Netanyahu as "the dog that barks and does not bite", in response to the latter's threat to the Lebanese Hezbollah to "strike a crushing military blow against him and for Lebanon if he dared to commit folly and attack Israel."

"I consider the apology for killing the Hamas element a complete madness," the former minister said in a radio interview on Sunday. "It is a sign of panic. The prime minister is immediately preparing a list of more concessions that are reckless and irresponsible."

Lieberman further stated: "Every month we pay more and more bribes to Hamas so that they do not attack us.”

Although Lieberman is considered to be from the “Israeli” right-wing camp, headed by Netanyahu, he entered into sharp disagreements with him when he resigned from his cabinet in November 2018. The differences between them deepened after Lieberman refused to join Netanyahu's recent government, April 2019.

It is important to note that Netanyahu's threat came in a speech on Sunday at the start of the weekly cabinet session, after Hezbollah Secretary General His Eminence Sayyed Hassan Nasrallah threatened Friday to hit ammonia containers in Haifa Bay.

On the occasion of the 13th anniversary of the 2006 war, Sayyed Nasrallah stressed that "the resistance today is stronger than ever."