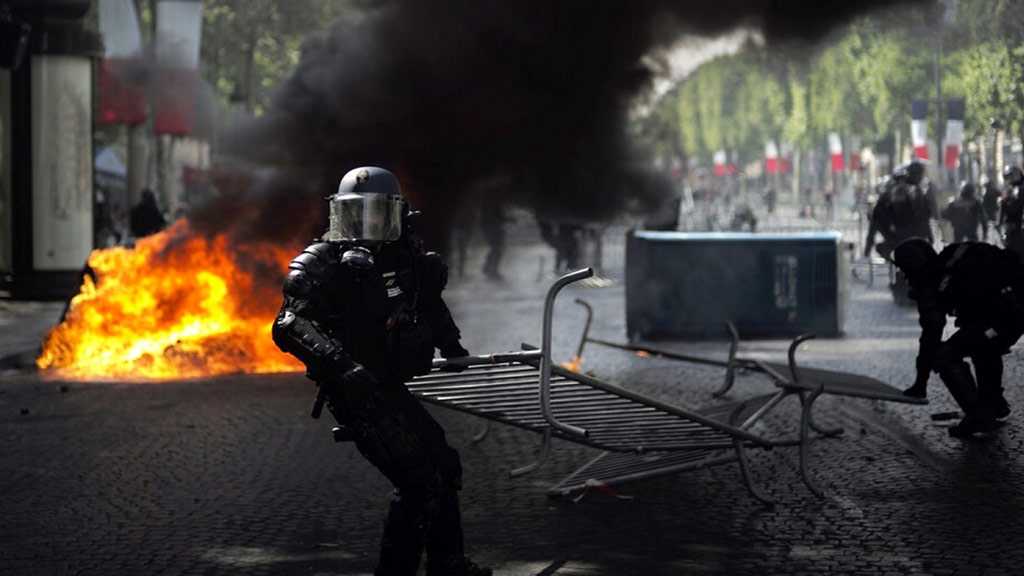 French President Emmanuel Macron Sunday showcased European military cooperation in a Bastille Day parade, but the aftermath of the glittering event was tarnished by violent clashes between police and protesters. Key EU leaders, including German Chancellor Angela Merkel and Dutch Prime Minister Mark Rutte, joined Macron in Paris to watch the annual parade that included representatives of nine other European armies in a show of unity.

But the celebrations of France’s national day were followed by clashes that erupted between protesters and police that recalled violence seen at the peak of the “yellow vest” protest movement earlier this year.

Police fired tear gas to clear protesters from the Champs-Elysees, as spectators who had witnessed the parade and startled foreign tourists took cover. Protesters tore down security barriers, set fire to rubbish bins and portable toilets and chanted anti-government slogans like “Macron resign!”

The Paris police said in a statement that calm returned to the avenue following the police intervention, with a total of 175 people detained during the day. The earlier parade itself had gone without a hitch. Some 4,300 members of the armed forces marched down the avenue’s famed cobblestones in a tradition that dates back to just after World War I.

But standing in an open-top command car alongside France’s Chief of Staff Gen. Francois Lecointre, Macron was met with some jeers and whistles from supporters of the yellow vest movement. Three prominent members of the movement, Jerome Rodrigues, Maxime Nicolle and Eric Drouet, were detained for several hours but later released, sources told AFP.

A futuristic highlight of the parade came when French inventor and entrepreneur Franky Zapata showed off his futuristic flyboard, soaring above the Champs-Elysees and the assembled leaders.

“The army is transforming: It is modernizing for our soldiers, our sovereignty and our independence,” Macron told France 2 television.

Closer European defense cooperation has been one of Macron’s key foreign policy aims, and the president shows no sign of wavering despite growing political turbulence in Germany and Britain’s looming exit from the EU.

At the 2017 parade, Macron’s guest of honor was the newly inaugurated President Donald Trump as the young French leader sought to form a bond with his US counterpart. But since then, ties between Trump and Macron have soured over the US pullouts from the Paris climate accord and the Iran nuclear deal, as well as France’s new law for a tax on digital giants, most of them US companies.

“President Trump has been an excellent ambassador for a Europe of defense,” Armed Forces Minister Florence Parly told the Parisien newspaper Sunday, pointing to “questions, even thinly veiled threats he made toward Europe or on the durability of American commitment.”

Macron, who pushed the idea of the European Intervention Initiative [EI2] to undertake missions outside of existing structures like NATO, insisted on the importance of European defense cooperation.

“Never, since the end of World War II has Europe been so important,” Macron, who after coming to power in 2017 controversially dispensed with the president’s traditional July 14 TV interview, said in a written statement.

Merkel told reporters after the event that the parade was a “great gesture for a European defense policy” and Germany was “honored” to have taken part.

In a sign of France’s ambition to be a leading modern military power under Macron, the president Saturday announced the creation of a national space force command that would eventually be part of the air force.

Among the foreign airpower taking part in flybys were two British Chinook helicopters, a symbol of British-French defense cooperation even as Brexit looms. 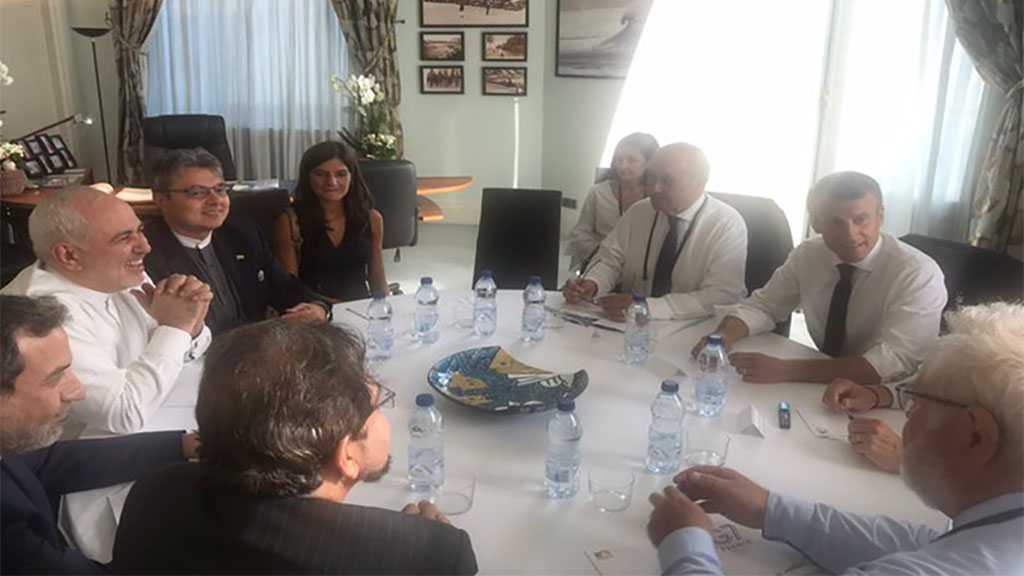 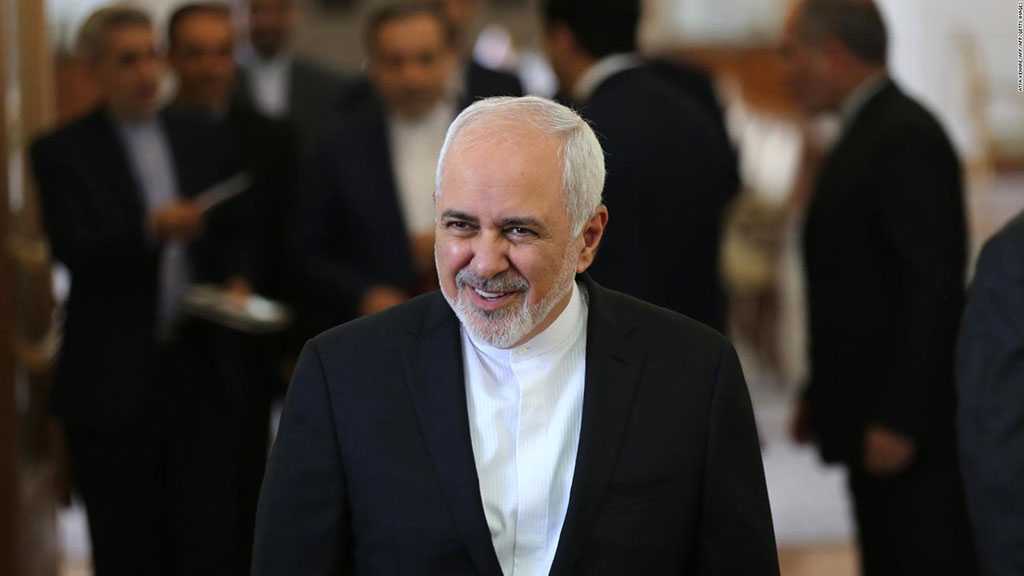