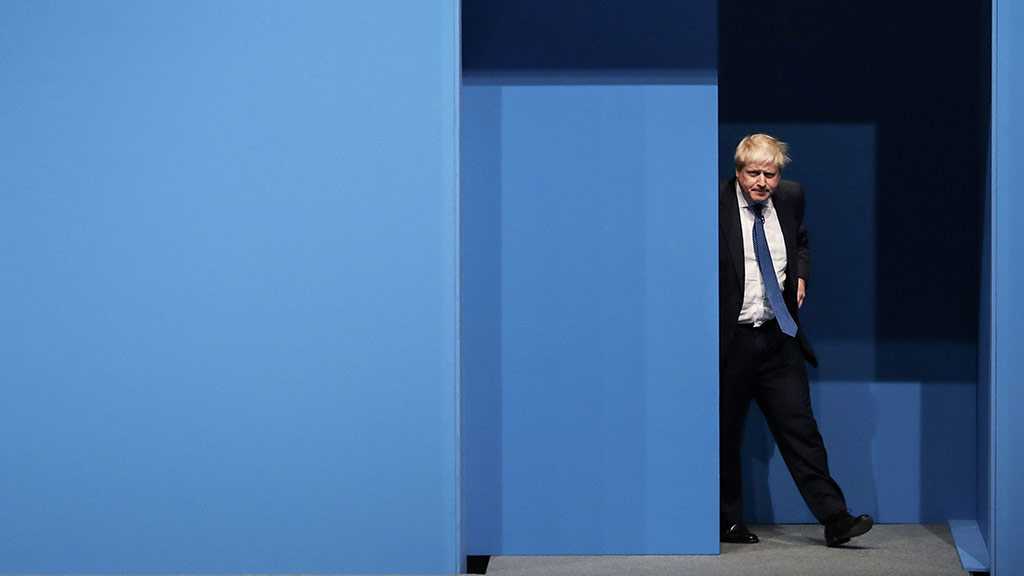 By John Cassidy, The New Yorker

Among the many entries in the résumé of Boris Johnson, the mop-topped Conservative politician who is almost certain to become Britain’s next Prime Minister, is one of Churchill biographer. Back in 2014, when he was still the mayor of London, Johnson published a book titled “The Churchill Factor: How One Man Made History.”

To be sure, Johnson’s four-hundred page oeuvre didn’t meet with universal acclaim. “The book reads as if it was dictated, not written,” Richard Evans, the Regius Professor of History at Cambridge, wrote in the New Statesman. “All the way through we hear Boris’s voice; it’s like being cornered in the Drones Club and harangued for hours by Bertie Wooster.” But, what Johnson’s book lacked in literary and historical merit, it made up for in self-revelation. With his studied upper-class mannerisms, his bluster, and his regular evocations of Britain’s imperial past, Johnson would clearly like his countrymen to view him as a latter-day version of his historical hero—an indomitable lion standing strong for Blighty. As Evans suggested, his Churchill book was really a lengthy advertisement for himself.

In the past few days, however, Johnson has shown himself to be nothing like a lion. In his woeful failure to stand up for Kim Darroch, the now former British Ambassador to Washington, after a series of characteristically vituperative attacks by Donald Trump, he has looked more like a puppy licking at the feet of his demanding and abusive master. To be sure, previous Prime Ministers –Theresa May included – have adopted deferential language to protect Britain’s relationship with Washington. But none have appeared as obsequious as Johnson, and he hasn’t even got to Downing Street yet.

In a television debate on Tuesday night, Johnson and the Foreign Secretary, Jeremy Hunt, who is his sole remaining rival in the race to succeed Theresa May as Prime Minister and the leader of the Conservative Party, were asked if they would keep on Darroch, who appears to have been the victim of a politically orchestrated leak, once they entered Downing Street. [On Sunday, the Mail, a British newspaper, published extracts from secret diplomatic cables, in which Darroch, reporting to London, described Trump as “insecure” and expressed doubts about whether his Administration would ever move beyond dysfunction].

Hunt was unequivocal. He described Trump’s comments, in which the American President described Darroch as “wacky” and “a pompous fool,” as ill-judged and said he would keep on Darroch until his diplomatic posting expired at the end of this year. Addressing another of Trump’s broadsides, in which he severely criticized May’s handling of Brexit, Hunt said that the President’s comments were “unacceptable and I don’t think he should have made them.”

Johnson, by contrast, made excuses for Trump, with whom he is on friendly terms, claiming he had been “dragged into a British political debate.” By way of criticism, the most he would say was that Trump’s outburst on Twitter had “not necessarily been the right thing to do.” Asked whether he would keep on Darroch, he didn’t answer the question directly, but he noted that it was “of fantastic importance” for the United Kingdom to have “a close partnership with the US”.

Since Trump had expressly stated that his Administration would no longer deal with Darroch, a veteran public servant who had hosted a number of parties attended by members of the President’s family and Administration, these statements seem tantamount to Johnson pledging that he would recall the Ambassador. Evidently, that was Darroch’s interpretation. On Wednesday morning, Washington time, he resigned. An unnamed friend confirmed to the Financial Times that Johnson’s refusal to support him “was a factor” in his decision.

At this stage, many of Johnson’s colleagues in the Conservative Party have grown used to his caviling and opportunism. But some of them aren’t quite inured to it. “Boris Johnson, a former foreign secretary, and he hopes to be the future prime minister, has basically thrown our top diplomat under the bus,” Alan Duncan, a Foreign Office minister, told the BBC, adding that Johnson’s failure to defend Darroch during the televised debate was “contemptible negligence on his part.” Sir Patrick McLoughlin, another Conservative MP, said, “It is unedifying to see someone who wants to be Prime Minister failing to stand up for hard-working civil servants, who have done nothing wrong, under attack from foreign governments. Leadership involves standing up for your team”.

It is probably too late to hope that Johnson’s abject behavior will sink his leadership bid. The election is confined to about a hundred and sixty thousand Conservative Party members, many of whom are rather elderly, rabidly pro-Brexit, and fervently pro-Boris. A lot of them have filled in their ballots already. The deed is virtually done.

Shortly after Darroch resigned, on Wednesday, Johnson shed some crocodile tears on his behalf. “I regret that really, because I think he was a superb, is a superb, diplomat, and I worked with him for many years,” he told reporters. “It is not right that civil servants’ careers and prospects should be dragged into the political agenda, and I think we should be protecting brilliant civil servants from that kind of publicity.” Except, of course, if that involves criticizing a boorish and self-centered American President who has dragged their names through the mud.