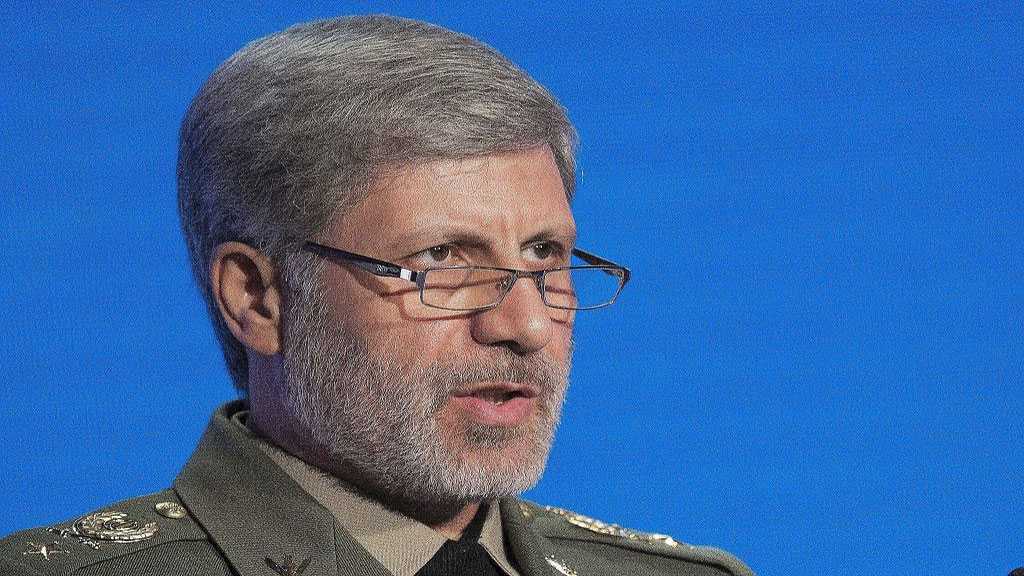 In comments after Netanyahu’s threat that new Zionist fighter jets can attack Iran, General Hatami denounced the warning as a clear violation of the Article 2 of the United Nations Charter, which forbids the threat or use of force against the territorial integrity or political independence of any state.

The minister underscored that Iran reserves the legitimate right to self-defense on the basis of Islamic teachings, its defense strategies, and the UN Charter’s Article 51.

The Iranian Armed Forces maintain such high level of readiness that would deal a firm and crushing blow to any enemy at any level intending to violate the Iranian border and territorial integrity, in such a way that the aggressors will regret their action, he underlined.

The general also called on Iran’s Foreign Ministry to take legal action against the Zionist regime’s threats through the UN Security Council, and to make the international community show a serious reaction to such threatening Zionist moves, in accordance with the principles of international peace and security.

Standing in front of an F-35 Adir jet during a visit to the Nevatim Air Force Base, Netanyahu said, “It (Iran) should remember that these planes can reach every place in the Middle East, including Iran, and of course also Syria.”

In remarks on Wednesday, Chief of Staff of the Iranian Armed Forces Major General Mohammad Hossein Baqeri highlighted the country’s military preparedness to counter foreign threats, saying Iran will give a crushing response to any move threatening the country’s security.