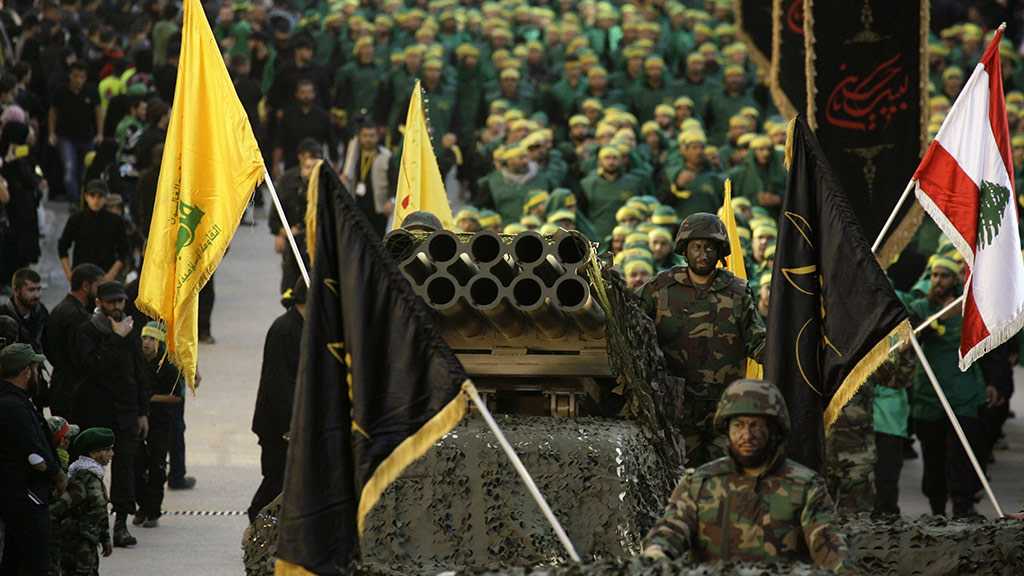 13 years after the 2006 war, which sought to crush Hezbollah and establish a new Middle East, the Chief of Staff of the “Israeli” army Aviv Kochavi held a session for the general staff on January 16 of this year. During the session, he displayed graphics about the “serious transformation process” Hezbollah has undergone [along with Hamas in the Gaza Strip] from being a militia to a "terrorist army" [not in an organizational sense but at the level of capabilities].

The chief of staff stressed that the "qualitative gap" between this "army" and the “Israeli” army is shrinking, and that Hezbollah [along with the Palestinian resistance factions] continues to develop and exploit its relative superiority in camouflaging and [hiding] underground as well as building its offensive force. It is also improving the quantity of its missiles and their precision while employing relatively new means of combat such as drones.

The content of this report summarizes the nature of the outcomes of the 2006 war and reveals the scale of the transformation to the equations of conflict. Most notable among them is that it laid the groundwork for the crystallization of a regional resistance force whose features are more evident today. Kochavi’s choice of words confirms the “Israeli” security establishment’s official reading of the extent of the challenge posed by the party [Hezbollah] in the face of “Israeli” ambitions in Lebanon and the wider region.

Calling Hezbollah an army is no longer just the work of a professional journalist in Tel Aviv or an estimate of an expert [regardless of whether the party adopts it]. It was proclaimed by the current chief of staff of the army. This reveals the magnitude of the challenge Hezbollah poses in the consciousness of the military decision makers as well as the political establishment in “Israel”.

This official assessment includes two dimensions: first, it reveals the magnitude of “Israel’s” defeat in the 2006 war [because its outcome was not limited to its failure in achieving its objectives, but Hezbollah imposed its will and achieved many of its objectives related to the next phase].

Second, it reveals the “Israeli” security establishment's recognition of the strategic threat that Hezbollah has become. All this explains the senior leadership’s hesitation to embark on a direct military confrontation with Hezbollah over the years that followed. In the words of [Eliyahu] Winograd, a few thousand fighters during the 2006 war became an army that threatened the strategic depth of the “Israeli” entity with the ability to defend and attack as well.

What aggravates the problem for “Israel” and what Kochavi acknowledges is that Hezbollah is reducing the qualitative gap between itself and the developing “Israeli” army, raising the level of danger among military commanders. As for the political decision-makers, it has weakened their confidence in their choices and readiness to pursue objectives in any perceived war by “Israel”.

This danger in the “Israeli” conscience also stems from the fact that Hezbollah was able to achieve all these victories even before it came to possess these kinds of advanced capabilities and despite the fact that “Israel” has been and still is the most developed army, capable of destruction at all levels.

What is brilliant in this course is that the enemy’s army realized that Hezbollah did not fall into the trap of becoming a regular army. The resistance movement, however, employed the strategic capabilities in accordance with the tactic of guerrilla warfare. Thus, producing an unprecedented formula, which allowed it to succeed in confronting an army possessing the latest military and technological capabilities. This took away the resolve of the “Israelis’” and gave Hezbollah the element of survival and ability to continue fighting.

Kochavi pointed out the aforementioned by stating that the party "continues to exploit its relative superiority in camouflaging... and [hiding] underground". This is in reference to the superiority of this tactic by which Hezbollah can contain the effects of the enemy's military superiority in terms of intensity, speed, destruction and accuracy.

The party's ingenuity, which is ever-present in the minds of the enemy's leaders and experts, covered all areas. However, the most prominent these days is the sharp debate at all levels about whether the “Israeli” army possesses the readiness to fight a ground battle. This debate among senior experts and related institutions reveals the extent of concern over the issue of Hezbollah’s development and readiness to face the “Israeli” ground forces.

As a result, “Israel” is witnessing a continuing debate about the ability of its ground forces to be decisive in case of an incursion into Lebanese territory. It is striking that those who oppose this option directly acknowledge that Hezbollah is capable of confronting “Israeli” armored vehicles by relying on its fighters.

In this regard, the former commander of the “Israeli” Air Force, Major General Amir Eshel, explained during the Herzliya conference a few days ago that the fighter is doing what the tank used to do in the past. He pointed out that even if a military squad penetrated deep into Lebanese territory, when it reaches the friction zone, Hezbollah fighters would emerge from the tunnels or behind them. This will lead to the crystallization of an equal field reality, which is very, very complicated!