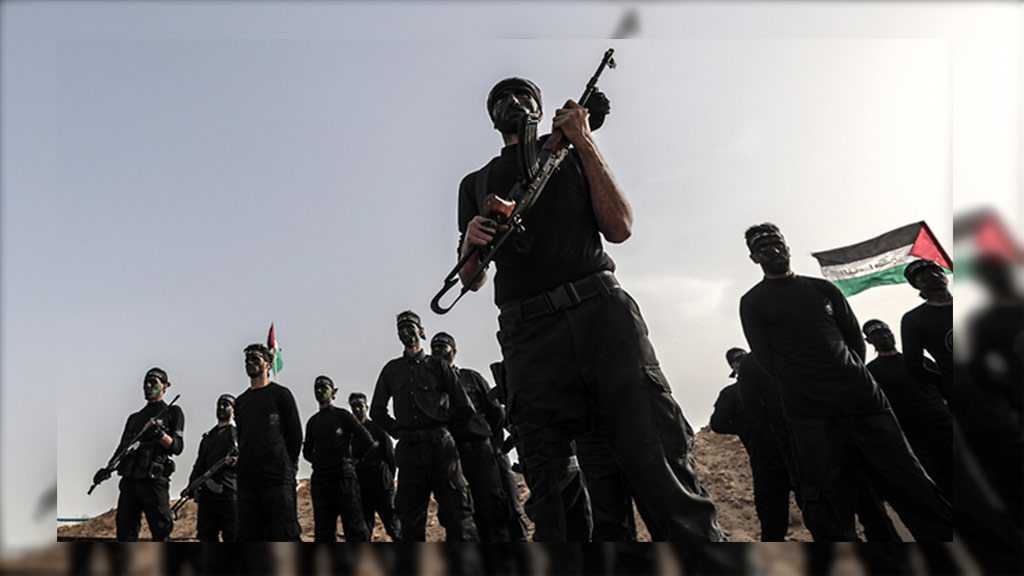 Hamas held an unprecedented military exercise in the besieged Gaza Strip on Tuesday, in which all members of the coastal enclave's military organizations participated.

As part of the exercise, all the land crossings were closed and fishermen were banned from entering the sea.

The exercise envisaged a large-scale security incident in the Gaza Strip, and according to the joint operations unit for all Gaza organizations, the exercise was conducted successfully.

The head of the Gaza fishermen's union that the Interior Ministry in the Gaza Strip had banned fishermen from entering the sea, according to Ynet. He said that the ban was in place until further notice.

The drill took place a day after the “Israeli” entity announced the discovery of another tunnel dug into its territory from the Gaza Strip.

The “Israeli” Occupation Forces [IOF] Spokesperson's Unit said the tunnel, which originates in the southern Strip, was uncovered on the “Israeli” side of the border during construction of an underground barrier to prevent such excavations from taking place.

The tunnel was found in an area in which many similar excavations have been discovered over the last 20 years.

At this stage, it appears that this is an old tunnel, not one that was recently excavated or was intended to be used by Hamas in the near future.

"The tunnel does not pose a threat," said Eshkol Regional Council, a community close to the Gaza border, adding that it is being handled by the IOF.

"The tunnel was located thanks to groundbreaking technological defenses that are being used along the Gaza border to protect our communities," the council said.

Meanwhile, the military wing of Hamas issued a short statement Tuesday as the entity marked the fifth anniversary of the 2014 Gaza war, known as Operation Protective Edge.

"Our people and the resistance experienced heroic fighting during the Protective Edge campaign, which shocked both our enemy and our friends," said Hamas.

"Since the end of the [2014] campaign, we have not stopped our preparations or our battle of wills with ‘Israel’. This was seen in the strength of the resistance in Khan Yunis, whose ramifications still shake the foundations of ‘Israel's’ defense establishment and army," the group said.

"The capabilities that the resistance still retains [and have not yet been revealed] are very powerful."