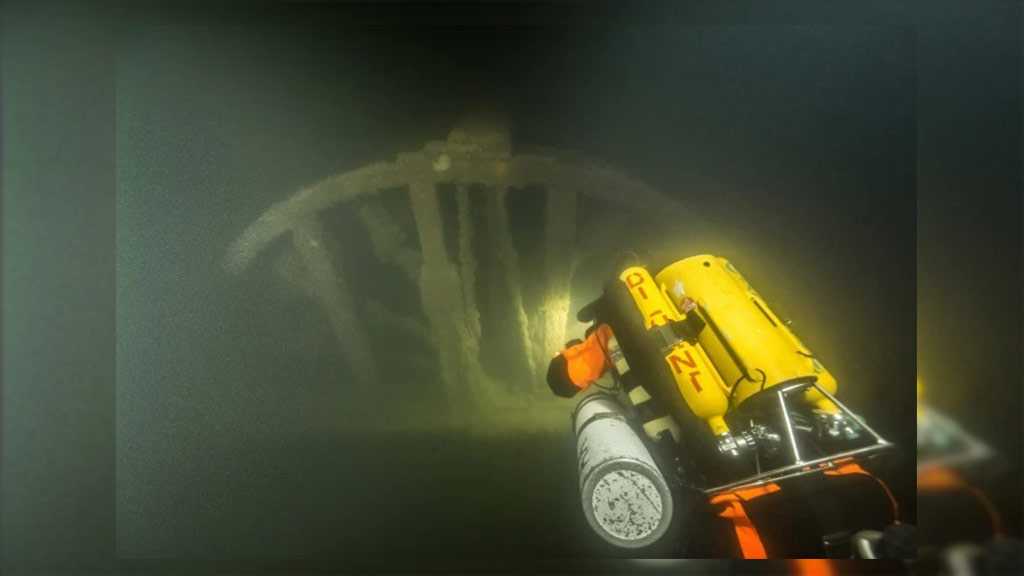 The Diana, presumably the oldest preserved Russian steamer, sank in October 1854 while towing a cannon boat to Helsinki.

A Russian imperial steamboat has been detected in the Baltic Sea more than 160 years after it met its end off the coast of Sipoo, Finland.

The paddle steamer was identified as the Diana, which sank in October 1854 during the Crimean War, while towing a cannon boat to Helsinki from Suomenlinna. After a two hour voyage, it struck bottom west of the isle of Graskar and sank 10 minutes later. No one died in the shipwreck, and all documents were rescued from the vessel but all other property remained on the vessel. The shipwreck was later attributed to a navigation error.

According to Finnish national broadcaster Yle, the Diana is the world's oldest preserved Russian steamer.

“In Finnish territorial waters, there are several wrecks from the same era. Both steamers and paddle steamers. But they are in such a bad condition that it is difficult to what they used to be. This ship, however, is as well-preserved as it may be, given that it has been lying at the bottom of the sea for 160 years”, diver Sami Paakkarinen explained.

The ship was first spotted by Jussi Rekola in the summer of 2018. He compared old and contemporary charts and found a shallow place in Sibbofjarden that was not on shown on the old maps. After scanning the seabed and dives on the spot, the wreck was found.

During subsequent dives, notable historic objects were salvaged from the steamer. Among other things, fine porcelain from the beginning of the 19th century was spotted in “well-preserved condition”. The trade mark William Davenport can be found in an English porcelain catalogue, which is a rarity for a Russian tug. The reason for this is that the ship belonged to a Scottish nobleman, Charles Berd who moved to St. Petersburg in the late 18th century. The Russian Navy later borrowed the ship for military purposes.

Finland's National Board of Antiquities has opened the wreck for amateur divers and released the Diana's coordinates. For the first time, efforts are being made to allow amateurs to participate in research. According to Sami Pakkarinen, this is like turning the wreck into an “underwater museum”.

“The more observations we get, the better we can assess the condition and history of the wreck”, he explained.

The Grand Duchy of Finland, a forerunner to modern Finland, was an autonomous part of the Russian Empire between 1809 and 1917, and saw significant cultural, social and industrial progress, especially in the mid-19th century.