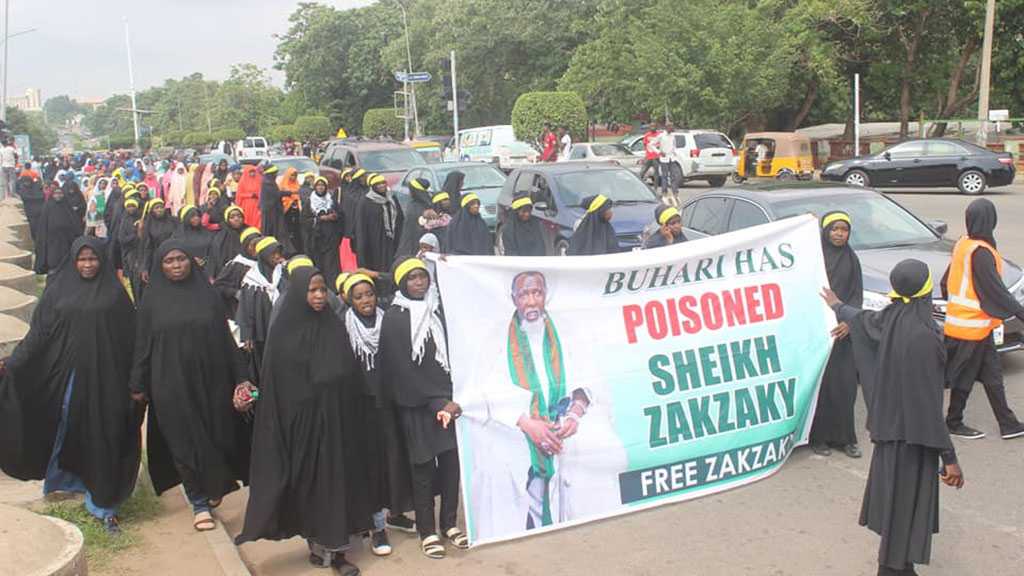 Iranian Ambassador to Nigeria Morteza Rahimi highlighted the Islamic Republic’s efforts for the release of top Shia cleric and Leader of the Islamic Movement in Nigeria [IMN] Sheikh Ibrahim al-Zakzaky, whose health condition has been deteriorating while under arrest.

“So far, numerous good measures have been taken by various sides for the treatment and release of Sheikh Ibrahim al-Zakzaky and his wife,” Rahimi said in a telephone conversation with the deputy head of the Beautiful Peace Institute, an Iranian human rights group.

“The Islamic Republic of Iran’s embassy [in Nigeria] has also taken intensive and useful steps within the framework of the two countries’ political relations and according to the instructions of the Ministry of Foreign Affairs, and has been in contact with various sides,” he noted.

As a result of these negotiations and actions, the Nigerian authorities have taken “an effective step” toward providing medical treatment for Sheikh Zakzaky and his wife by allowing a medical team to examine the two, the ambassador said.

Rahimi went on to say that the measure by the Nigerian government has been welcomed by the Islamic Republic.

In a letter to UN Secretary General Antonio Guterres on Saturday, the Beautiful Peace Institute urged the UN chief to pressure Nigeria to release Sheikh Zakzaky.

Sheikh Zakzaky has been held in detention since December 2015 and was allegedly charged just in April 2018 with ‘murder, culpable homicide, unlawful assembly, disruption of public peace and other accusations.’ He has pleaded not guilty.

The top cleric, who is in his mid-sixties, lost his left eyesight in a raid which was carried out by the Nigerian army on his residence in the northern town of Zaria in December 2015.

During the raid, Sheikh Zakzaky’s wife also sustained serious wounds and more than 300 of his followers and three of his sons were martyred. Sheikh Zakzaky, his wife, and a large number of the cleric’s followers have since been in custody.