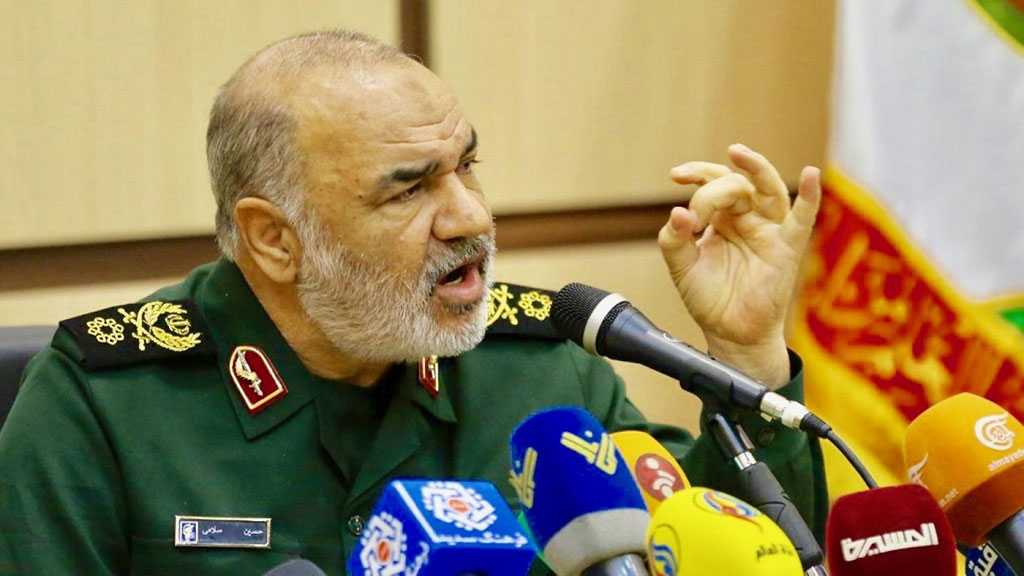 The chief commander of Iran’s elite force, the Islamic Revolution Guard Corps [IRGC], Major General Hossein Salami, said the sanctions placed on the Islamic Republic under the pretext of preventing it from attaining nuclear weapons are just a plea to block its march towards knowledge.

“Why would they sanction us over the nuclear issue, while the entire world knows we do not pursue [nuclear] weapons?” Salami asked while speaking in the holy city of Mashhad, Tasnim News Agency reported on Monday.

“Actually, they sanctioned us for [our] knowledge,” he added. “They are fighting us over knowledge because they know that knowledge forms the plank of every nation’s power, and underdeveloped countries become dependent [on others],” Salami said.

The United States has been leading an international drive to keep Iran under sanctions over its nuclear energy program. It lifted the sanctions for a space of three years after coming to a multi-lateral nuclear deal with the Islamic Republic in 2015.

Washington, however, left the accord under President Donald Trump last year and reinstated the bans, discrediting the efforts that had been made under the previous American administration towards striking the deal.

Both the US’s withdrawal and its reintroduction of the sanctions came while the deal, officially known as the Joint Comprehensive Plan of Action [JCPOA], has been ratified in the form of a United Nations Security Council resolution.

After leaving the deal, Trump has, on several occasions, claimed he would seek to block what he has called Iran’s potential attainment of nuclear arms.

This is while Leader of the Islamic Revolution His Eminence Imam Sayyed Ali Khamenei, Iran’s highest authority, has categorically prohibited such pursuit over religious concerns.