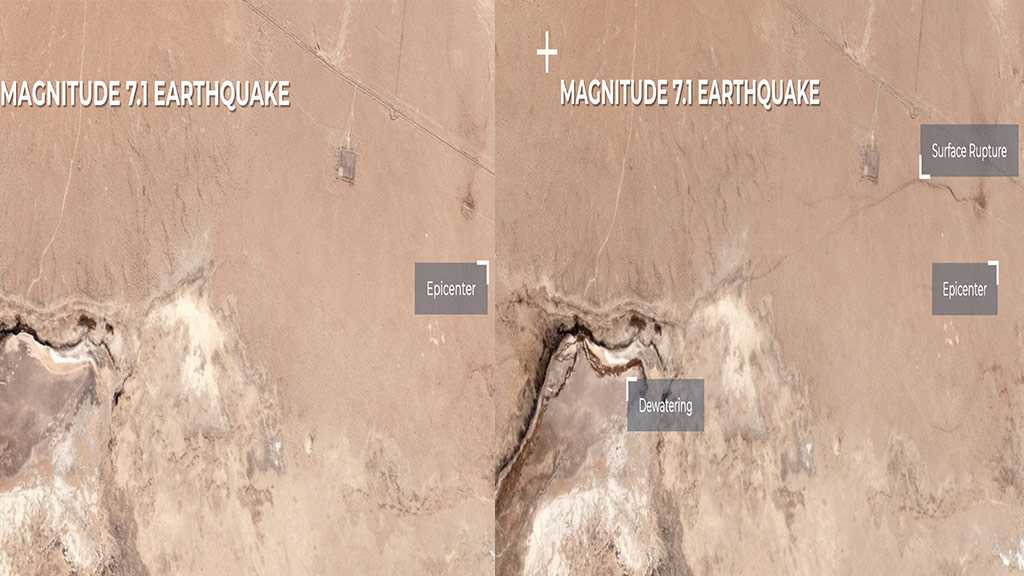 Satellite images taken by Earth imaging company Planet Labs Inc. and photos shared by California residents show the visible crack across the desert and Highway 178 on the outskirts of Trona in San Bernardino County.

"The earthquakes of the [July] 4th and 5th occurred in what we call a fault zone," Glenn Biasi, a geophysicist with the United States Geological Survey [USGS] in Pasadena, California, told Live Science.

According to the USGS, “a fault is a fracture or zone of fractures between two blocks of rock. Faults allow the blocks to move relative to each other. This movement may occur rapidly, in the form of an earthquake – or may occur slowly, in the form of creep… During an earthquake, the rock on one side of the fault suddenly slips with respect to the other.”

Michele Cooke, a geoscientist at the University of Massachusetts-Amherst, told Live Science that the earthquake on July 4 showed “simultaneous slip on two perpendicular faults,” which is uncommon.

At least 159 aftershocks of magnitude 2.5 or greater were recorded after the first earthquake on July 4. However, despite the magnitude of both earthquakes, there were no reported deaths as a result. The quakes did, however, result in several gas leaks and fires in southern California.