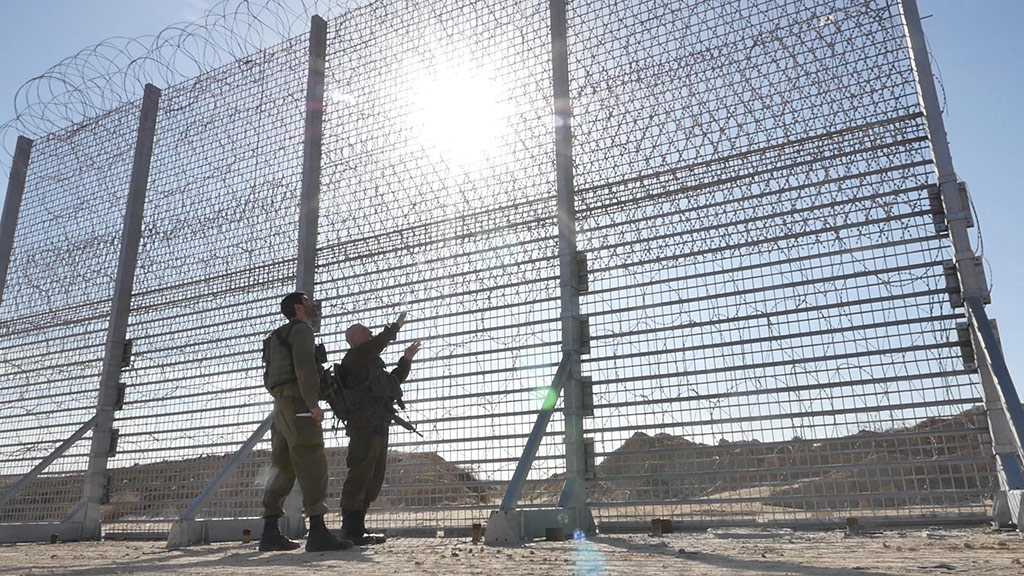 Five years have passed since the 2014 “Israeli” aggression on the besieged Gaza, still, the eyes of “Israeli” settlers of border settlements tell tales of the reality of life under constant threat.

There is no sense of security along the border. The first three and a half years after the fighting, settlers in the south of the “Israeli’ entity felt secure and enjoyed a semblance of normalcy, but that has since dissipated. Settlers say the question is not whether fighting will resume but when it will resume.

The 2014 war left many settlers scarred after living under intense fire and having to find refuge further north with family, friends or in temporary settlements.

The goal of the fighting according to the political leadership, was allegedly to destroy Hamas tunnels dug into the “Israeli” entity.

A land barrier is being built on the “Israeli” side of the border some of it over ground and some dug deep into the ground to prevent tunnel infiltration. The tunnel system in Gaza is believed to be inside the strip, still posing danger in case of incursions but not crossing over the border.

Settlers in border settlements are generally pleased to see the progression of the barrier and it is expected to be completed by 2020.

Today their concerns are focused on the scourge of the past 15 months: the incendiary balloons and kites.

Since the end of the 2014 “Israeli” aggression, there have been 12 rounds of fighting with heavy missile and rocket fire launched at settlements along the occupied border, further destabilizing their lives and well-being.

Mental health services in the south report a rise in demands for help.

"Each round of fighting seems to shave off another layer of resilience from the residents here" said a senior member of the social welfare services in a closed session held recently.

Occupants angrily demand the regime take-action to find a long-term solution and restore calm to the area.