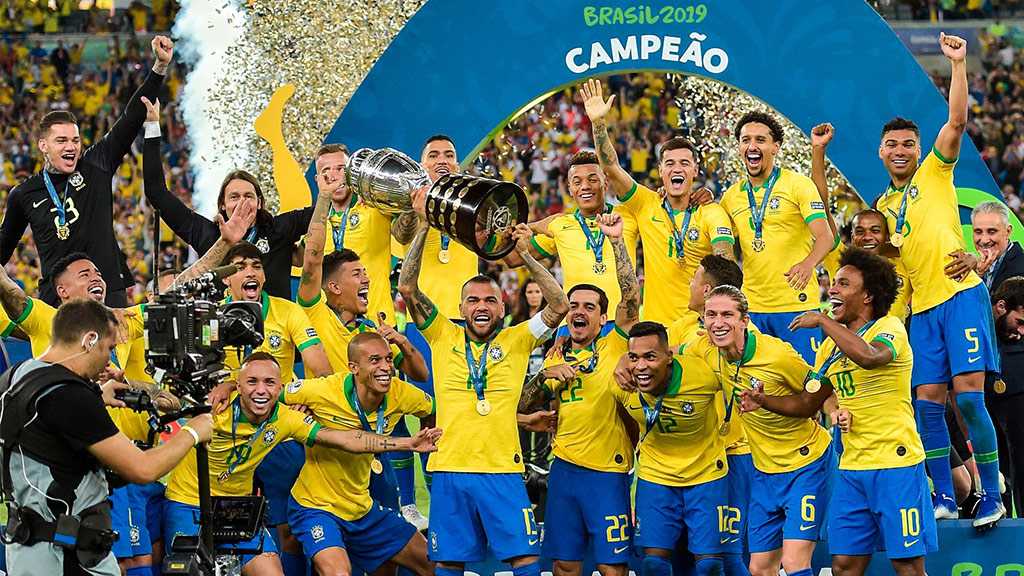 Brazil's Gabriel Jesus made one goal, scored another and was sent off in the second half as they beat Peru 3-1 Sunday to win the Copa America for the ninth time in a pulsating contest at the Maracana stadium.

The hosts took the lead against the run of play after 15 minutes when Gabriel Jesus bamboozled two defenders on the right flank and crossed for the unmarked Everton to fire home from close range.

Peru equalized a minute before halftime when Paolo Guerrero scored from the penalty spot after Thiago Silva was adjudged to have handled the ball, but Gabriel Jesus restored their lead just moments later to put the home side 2-1 up at the break.

Peru pushed for a second goal, particularly after Gabriel Jesus was sent off for a second yellow card in the 70th minute, but it was Brazil who sealed the win in the final minute when substitute Richarlison converted a penalty.

It was Brazil’s first major title since they won the Copa America in 2007 and the first for coach Tite, who took charge three years ago.